The veteran manager insisted if he had been in that position he would have remained at Parkhead until the end of the season.

Rodgers turned on his back on the Hoops 13 days ago to take over mid-table Leicester City with the club zeroing in on a historic third successive clean sweep of domestic honours.

Allardyce admitted he would have stayed to see the job through.

The 64-year-old much-travelled gaffer, who has managed Newcastle and Sunderland among others, speaking to BeInSports, said: “I  think it’s a bad decision by Brendan. 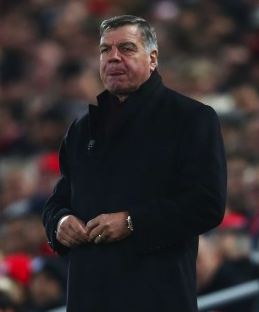 “Certainly, in his circumstances, I would have stayed to win the league again, the Cup, the treble treble.

“He’s getting a lot of stick from the Celtic fans for leaving now and he would have been a legend.

“It would have been better timing if Leicester were prepared to wait.

“Leicester weren’t in any trouble, they weren’t going to get relegated.”

Rodgers saw his new side lose 2-1 at Watford in his first game, but they beat relegation-threatened Fulham 3-1 at the King Power at the weekend.