JAMES FORREST has been ruled OUT of Celtic’s Scottish Final against Hearts at Hampden on December 20.

The Scotland international winger will be sidelined for “quite a considerable time” after undergoing ankle surgery yesterday.

Forrest, who is a Cup specialist having won TEN trophies at the national stadium split equally between both domestic honours, will be forced onto the sidelines as the Hoops bid for the phenomenal quadruple treble.

The 29-year-old wing ace, who has missed eight games since limping off in the 1-0 win over Riga in late September, could even be out for the rest of the year. 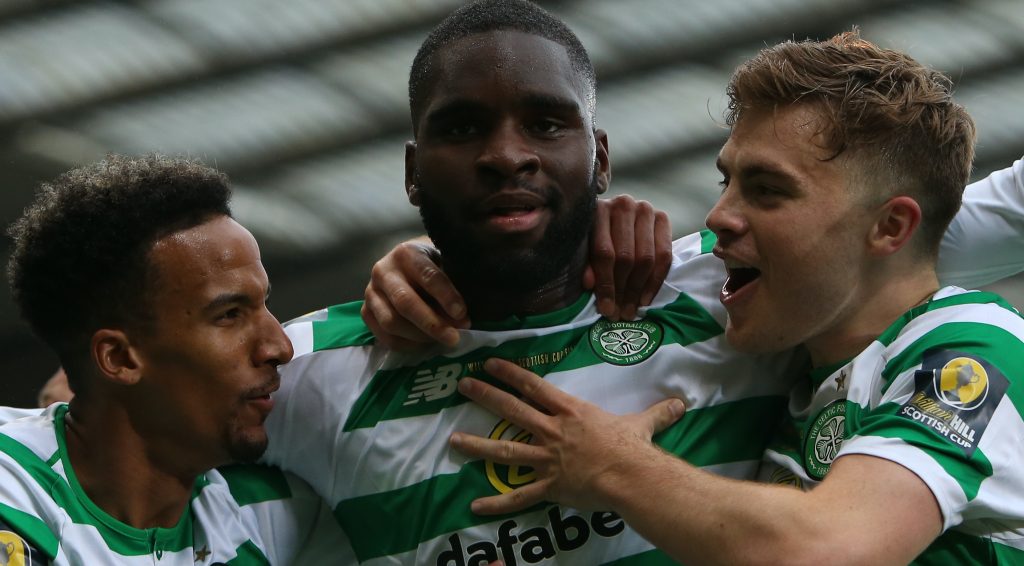 HAMPDEN HOORAYS…James Forrest and Scott Sinclair congratulate Odsonne Edouard after his Scottish Cup Final winner against Hearts on May 25 2019.

Boss Neil Lennon, speaking to BBC Sport, said: “Best-case scenario, we’re probably looking at six-to-eight weeks. It may be longer than that.

“We’ll just need to see how he settles after the surgery. We think it’s been a success.”

Jeremie Frimpong is expected to continue in the wing-back role when Celtic take on Sparta Prague in the Europa League Group H encounter at Parkhead tomorrow night.

French central defender Christopher Jullien, who has been missing with a back problem, will rejoin his team-mates in full training soon.

The Hoops gaffer said: “We’re hoping he will return to the country tomorrow and resume training not so long after that. You probably won’t see him until after the international break’s over.”

Lennon added: “He’s going to be a while yet, he’s still feeling the effects of the surgery.”