Celtic Quick News on News Now
You are at:Home»Latest News»‘FORREST EVEN BETTER THAN LAST YEAR’
By CQN Magazine on 31st July 2018 Latest News

JAMES FORREST completed last season on a high after scoring a career-high of 17 goals.

The Celtic winger also claimed his first-ever hat-trick in the 3-2 Scottish Cup victory over Partick Thistle at Parkhead in March.

And the 27-year-old Scotland international is continuing to impress skipper Scott Brown after hitting the ground running in the new campaign.

Forrest netted home and away against Armenia’s Alashkert in the opening round of the Champions League qualifiers.

And he played his part in last week’s 3-1 triumph over Rosenborg with the return leg due in Trondheim tomorrow night. 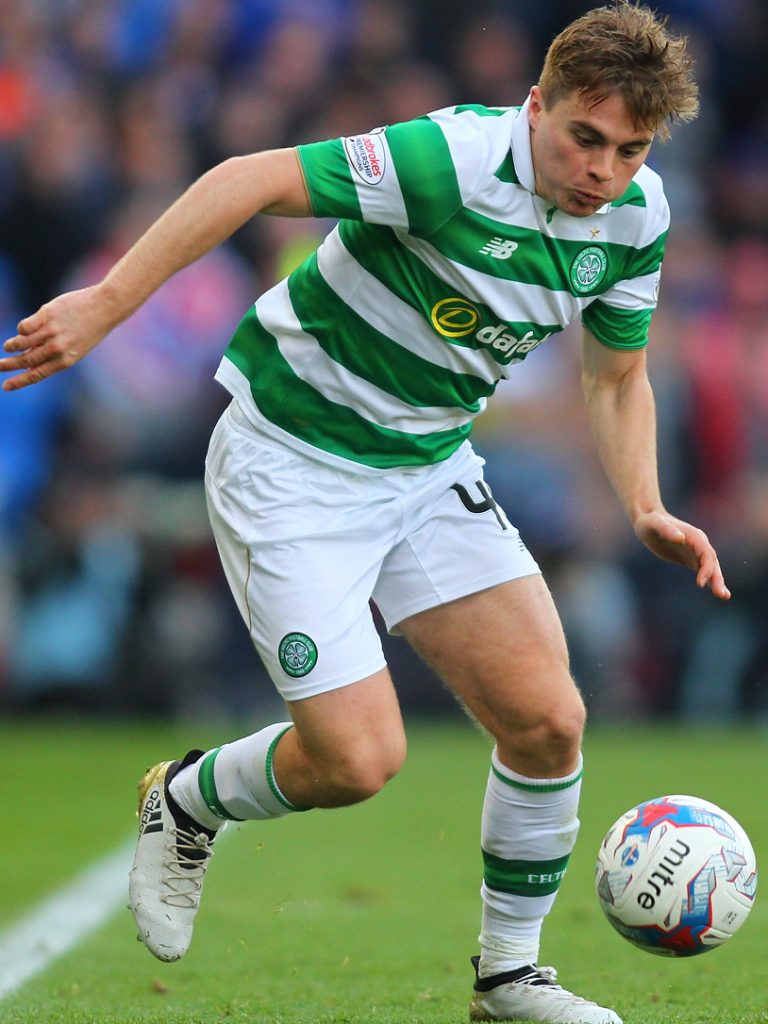 ON THE RUN…James Forrest on his way to 17 goals last season.

Brendan Rodgers attempted a tactical switch against the Norwegians when he brought into the middle and Brown said: “We had a wee tweak of formation.

“James went out wide and, as soon as we found room for him, he created chances.

“He was phenomenal last season, he’s looked even better than he did last year and I didn’t think that was possible.

“His fitness levels are incredible. He’s getting up the park and he’s also managed to defend when he needs to, as well.

“The manager is putting new things into his game and he keeps ticking boxes.”