ABERDEEN defender Max Lowe admits it was “frightening”  when he faced James Forrest in Celtic’s League Cup Final triumph at Hampden in December.

The on-loan Dons left-back will come face to face with the Scotland international attacker in the Scottish Cup semi-final at the same venue on Sunday afternoon.

The Derby County star, speaking to BBC Sport, revealed: “He’s probably one of the best wingers I’ve played against.

“But I just try to thrive off that opportunity of keeping him quiet. It’s a hard job to do, but I’m looking forward to it.”

Lowe reflected on the previous encounter at the national stadium when the Hoops completed a hat-trick of League Cup successes with a suprb strike from Ryan Christie.

He claimed it was particularly challenging because Forrest “was on the back of scoring seven goals” during a prolific month.

Lowe, who is no slouch, said: “It is just the pace of the boy. He’s very hard to keep up with when he’s in his stride and he’s obviously clinical, as well.

“You can see why he is spoken highly of, and I’m sure he is down in England, as well, so I don’t see why he couldn’t play in the Premier League.” 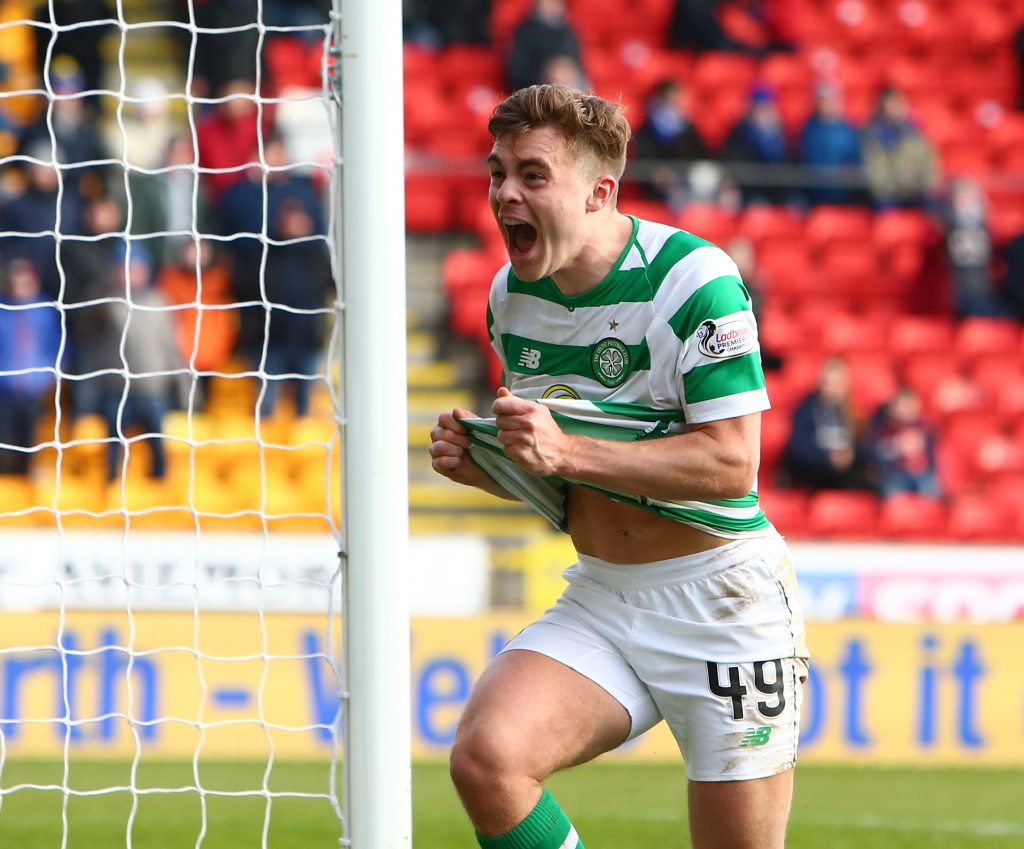 HAPPY DAZE…James Forrest celebrates after a goal against St Johnstone earlier this season.

The Parkhead men can nudge closer to the history books when they take on Derek McInnes’ men at the weekend.

A win will set up a May 25 showdown with either Hearts or Inverness Caley Thistle, who play tomorrow, and that would leave them just one triumph away from the unprecedented treble treble.

The team, under Brendan Rodgers, have won seven domestic on the spin and are heading for their eighth consecutive league title.

Forrest was on fire in the previous Scottish Cup-tie when he scored a blistering opening goal in the 2-0 quarter-final triumph over Hibs at Easter Road with skipper Scott Brown blasting in the clincher.

The international attacker has shown up well on the showpiece occasions and Lowe, who will undoubtedly be asked to man-mark the Hoops raider, faces a chaotic afternoon.