Celtic Quick News on News Now
You are at:Home»Football Matters»‘FORREST IS KEY,’ DEILA
By CQN Magazine on 29th September 2015 Football Matters
RONNY DEILA believes winger James Forrest could be the man to destroy the Fenerbahce rearguard at Parkhead on Thursday night.
The Turkish side head to Glasgow determined to make up for their shock 3-1 loss at home to Molde in the opening game of the Europa League campaign almost two weeks ago.

Deila, though, is looking to Forrest for some creative inspiration. The Hoops boss said: “I am so happy for him. 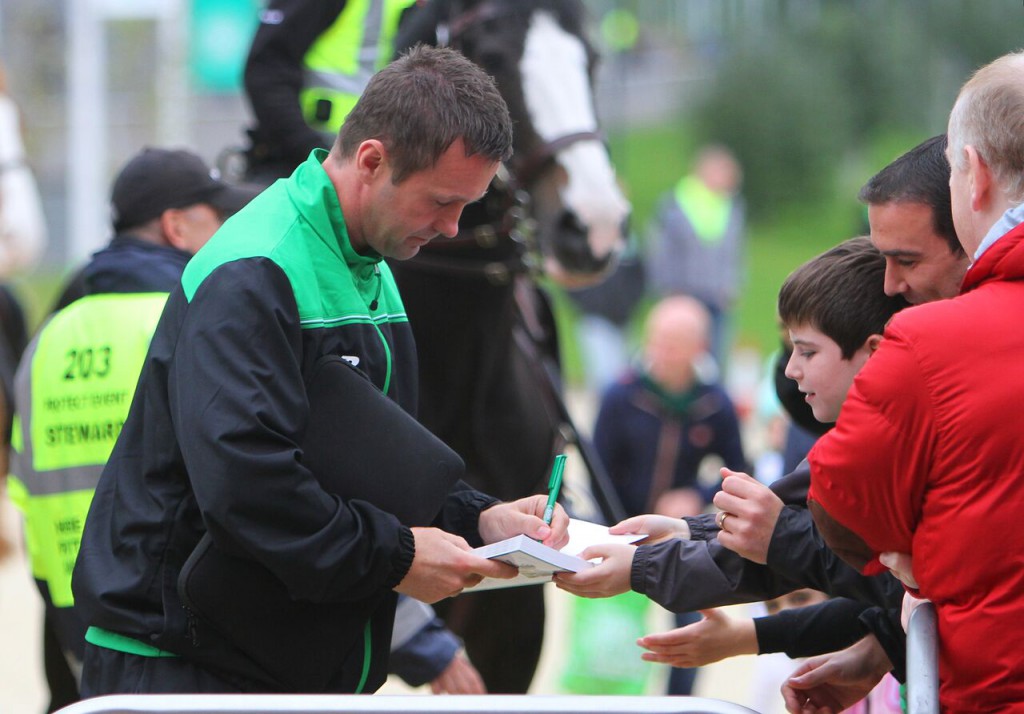 “I have talked a lot about him since I came here and I feel that there has been more talk than there has been performances from him because of his injuries.

“But now I think you can see what is in him – he is fitter and stronger and getting better all the time. This is just the start of it for him.

“He is training with us consistently and he playing games and that is exciting. He has so much talent. The more he plays then the more we will see what he is capable of, but I am very happy with the way he has started the season.

“His influence on the team is growing all the time and he can be a big player for us in this Europa League campaign. His belief and his confidence are getting higher all the time and that is so important.

“He can be a big player for us, not just on Thursday night but throughout the whole season.”

Deila added: “Fenerbahce have to take back the three points they lost to Molde, so for them it is going to be a very important game. Obviously, it is just as important for us.

“If we are going to get through then we need to take points from our home games – that is always the way for Celtic in Europe.

“We respect them because we know they are a good team. But we have also shown that we can play well at that level.

“That first-half against Malmo was excellent and, although I was irritated at the amount of chances we created and did not take against Hearts on Saturday, I felt that there was a lot about the performance that was good. We just need to keep working on the things that we are doing.

“We cannot stand still. We want to get better all the time and the way to do that is to play at the highest level you can. The game against Fenerbahce gives us another chance to see that we are progressing in the right way.”