Celtic Quick News on News Now
You are at:Home»Latest News»‘FORREST IS THE MAIN MAN’
By CQN Magazine on 24th April 2018 Latest News

The Hoops midfielder applauded the international winger’s contribution this season which has included a personal best 16 goals.

Brown was handed three honours at the club’s annual awards ceremony, as CQN reported yesterday, and said: “It was great for me to pick up the trophies.

“But James Forrest has been my Player of the Year. He has been outstanding and has shown the qualities that has brought 16 goals.

“He has never got into double figures before in his career.

“That shows you the level he has gone up to this season.” 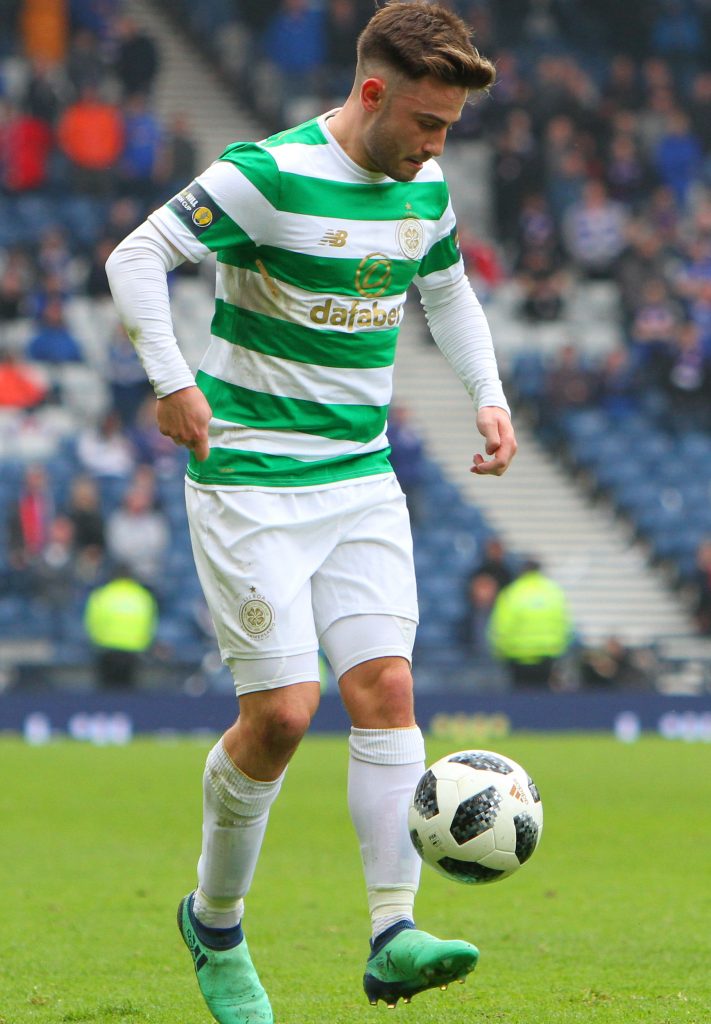 ON THE BALL … Patrick Roberts indulges in a bit of cheeky keep-uppy in the 4-0 Scottish Cup semi-final triumph. Pic: Geo.

Brendan Rodgers now has a selection problem ahead of Sunday’s visit of Graeme Murty’s Ibrox side, a game where the Hoops could seal their seventh successive title.

Patrick Roberts is now fully fit and looking for some game time before his second loan stint from Manchester City comes to an end in the summer.

He replaced Forrest in the 4-0 Scottish Cup hammering of Sevco Rangers and he came on again during the 2-1 loss against Hibs at Easter Road at the weekend.

Now the Hoops boss must decide who starts on Sunday – Forrest or Roberts?

Either way, it is likely to be bad news for the visitors.