Celtic Quick News on News Now
You are at:Home»Latest News»FORREST ON A MISSION
By CQN Magazine on 18th December 2018 Latest News

JAMES FORREST is adamant Celtic will meet the challenges that lie ahead as they prepare to take on Motherwell at Parkhead tomorrow night.

The Hoops toppled off the pinnacle of the Premiership at the weekend when they lost 2-0 to Hibs at Easter Road.

Brendan Rodgers’ men trail Steven Gerrard’s Ibrox side and Kilmarnock by one point, but they have a game in hand over the Govan outfit and two on the Rugby Park men.

At the halfway stage last year, the champions were five points clear of Aberdeen and nine ahead of Rangers.

Forrest is convinced he and his team-mates can get back on track against the Fir Park team.

The Scotland international winger said: “We have done it before. It shows a different mentality – when you are top of the league, that you can stay there and if you go a few points behind, you can get back.

“We have shown a lot of character before and we are definitely going to need to show that again. 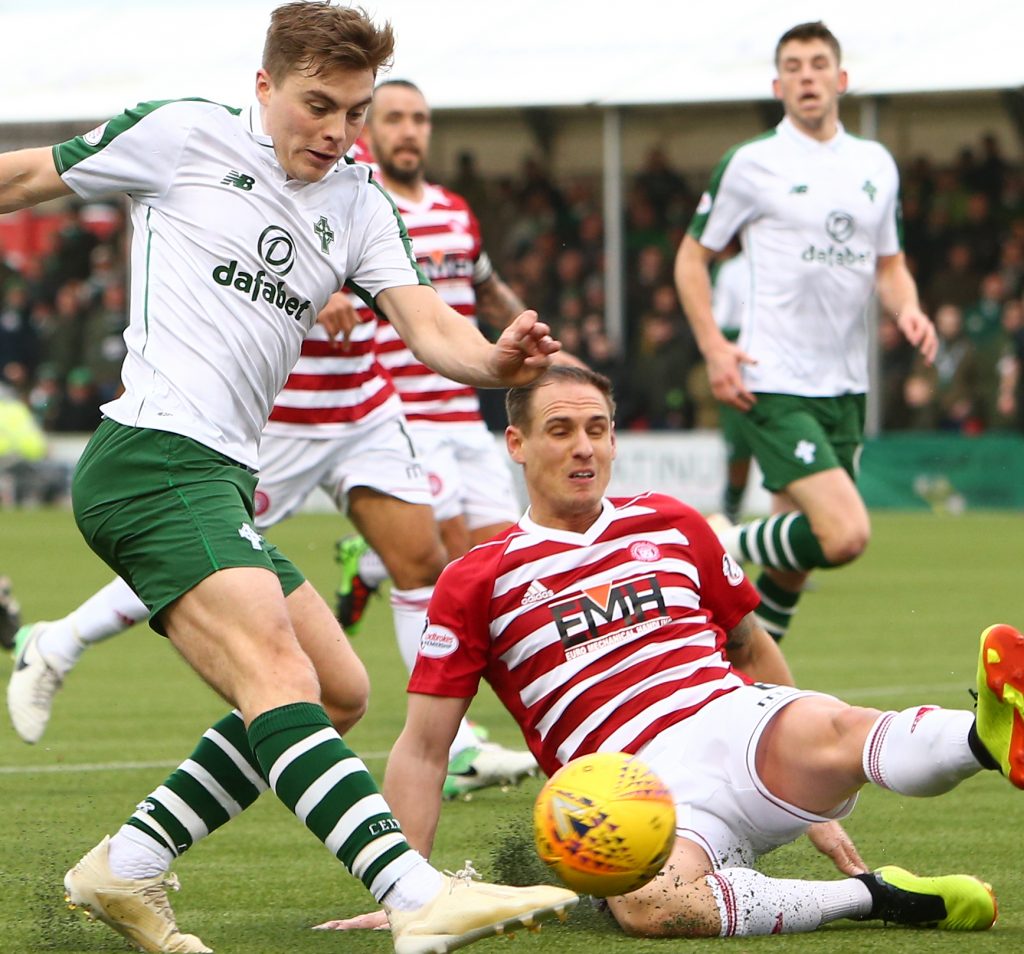 BY THE RIGHT…James Forrest fires in a cross in the 3-0 win over Hamilton Accies last month. Pic: Geo.

“First and foremost, we focus on ourselves. We go into every game being confident about ourselves. We know the ability we have got in our squad and we need to make sure we keep showing that and obviously show that more in the games to come.”

Forrest added: “We have four matches before the winter break and every one is going to be difficult. We need to start with tomorrow night and get three points and keep looking forward from there.

”Sunday was our first defeat for a wee while and we just need to get back to winning ways and push on.”

Following the visit of Well, the Hoops have another outing in the east end of Glasgow when they take on Dundee on Saturday.

They bring down the curtain on 2018 with two intriguing encounters against Aberdeen at Pittodrie on Boxing Day and then against Gers at Ibrox three days later.

Forrest will be hoping to add to the 11 goals he has claimed this term as he heads for a personal best.

He collected 17 strikes last time out, but only a disaster will prevent him from overwhelming that tally in this camppaign which already includes a four-goal salvo in the 6-0 win at St Johnstone in October.