JAMES FORREST has revealed the pain of a dismal Ibrox defeat helped Celtic get their season back on track.

The Hoops winger has been on fire in this campaign and even pipped team-mate Callum McGregor to the Scotland PFA Player of the Year award.

Forrest has scored crucial goals in big games for club and country and is now looking to add to his overwhelming medal collection against Hearts in the Scottish Cup Final at Hampden on May 25.

However, it took the hurt of a loss and an awful performance from the team in the last outing of 2018 to spur the champions to respond and display the form that has brought in eight out of eight of the domestic prizes up for grabs in the past three campaigns.

A victory over the Tynecastle side at the national stadium will complete the unprecedented treble treble.

Forrest, speaking to the Daily Record, said: “Going into the winter break, we went to Dubai, but it wasn’t the same because we left after such a bad result and poor performance.

“What made us play so well when we came back was the fact everyone was still really hurting from that game.

“And I’m sure when it comes to Ibrox (on Sunday) the boys will no doubt be thinking about the last time we went there. 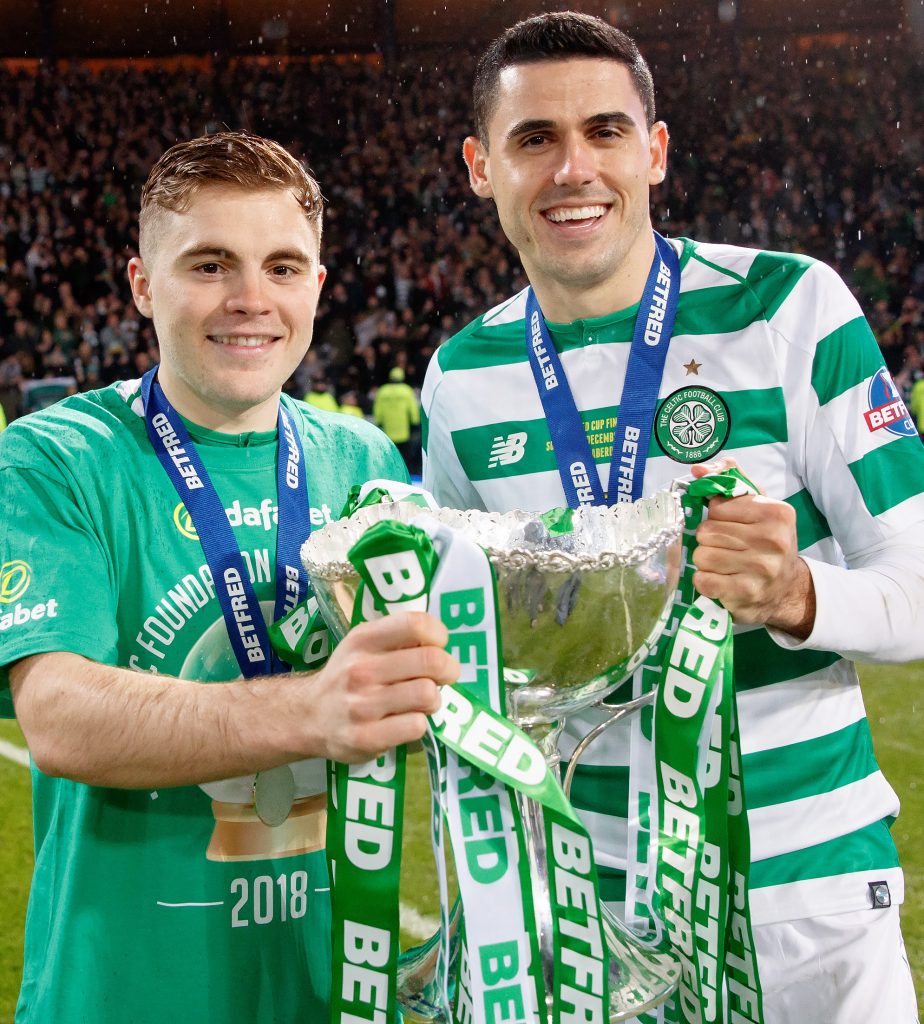 GOLDEN BHOYS…James Forrest smiles as he proudly holds the League Cup with Tom Rogic after this season’s win over Aberdeen.

“Yes, there were a few guys missing. But – as the manager at the time said – the boys playing who hadn’t been in the team before, playing in a match like that would give them experience.

“I’m sure even the fact that it didn’t go the way we had hoped, it would still have helped them.

“But there’s no doubt the boys were hurting for a good few weeks and longer.

“Whoever is in the squad this time – and whoever plays that game – will want to make sure it doesn’t happen again.”

Forrest, 27, has played in all eight seasons of Celtic title domination while picking up four Scottish Cups and four League Cup winner’s medals.

He added: “I remember I was still polishing the boots when I made my debut against Motherwell nine years ago.

“I scored in that game, but the next day before we started training, I was off cleaning them again – the boots of players I had played with the day before.

“That was good, a part of how things were done. 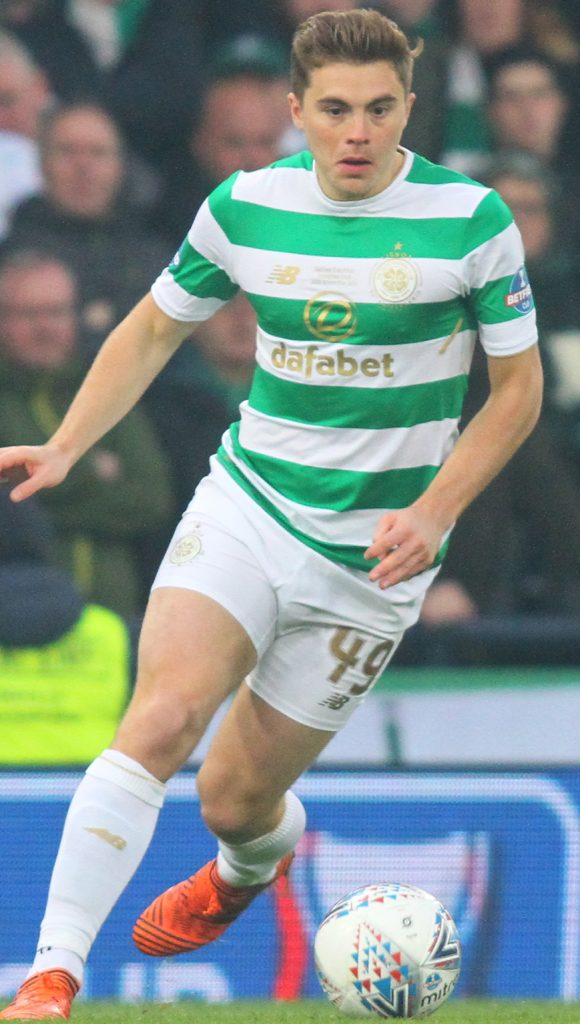 ON THE BALL…James Forrest in action in last season’s League Cup Final victory over Motherwell.

“With someone like John Clark and the other kit men at the club, they made sure all of the young boys stayed grounded.

“Back then, there was a rota so every couple of days two players out of the team would have to clean every pair of boots.

“I really looked up to guys who played in my position, so that would have been players like Aiden McGeady and Shaun Maloney.

“Training with them, seeing them playing my position, it was great.

“And anyone, no matter what position they played, would say Broony was an inspiration, the character he was.

“Robbie Keane was playing that day I made my debut too. Obviously, it was great training with him, as well.”

Now all eyes are on Ibrox as Forrest, who scored the winner against Steven Gerrard’s side at Parkhead in March, goes on a revenge mission with his team-mates.

Then the title-kings welcome Craig Levein’s side to the east end of Glasgow a week later to bring down the curtain on the Premiership campaign.

Then it’s the silverware showdown with the Edinburgh outfit at the national stadium where the team have the opportunity to make history – just as the Lisbon Lions achieved exactly 52 years ago on that date.