A BLISTERING, breathtaking strike from James Forrest fired Celtic into the Champions League play-off draw in Switzerland on Friday.

The winger, who had started the game in the middle of the attack before Leigh Griffiths joined proceedings in the 58th minute, rifled in a devastating winner to end the stubborn resistance of a Norwegian outfit who never gave up in their pursuit of a shock result.

Forrest’s moment of glory arrived in the 69th minute and it looked as though he had lost the opportunity when he took a heavy first touch from a slide-rule pass from Scotty Sinclair.

However, he swiftly regained his composure, nudged the ball past a defender and simply scorched an unstoppable drive between the startled Andre Hansen and his near post, the ball ricocheting off the underside of the bar on its way into the net.

It was the only goal of three hours of football between two determined teams and it was undoubtedly a worthy winner. 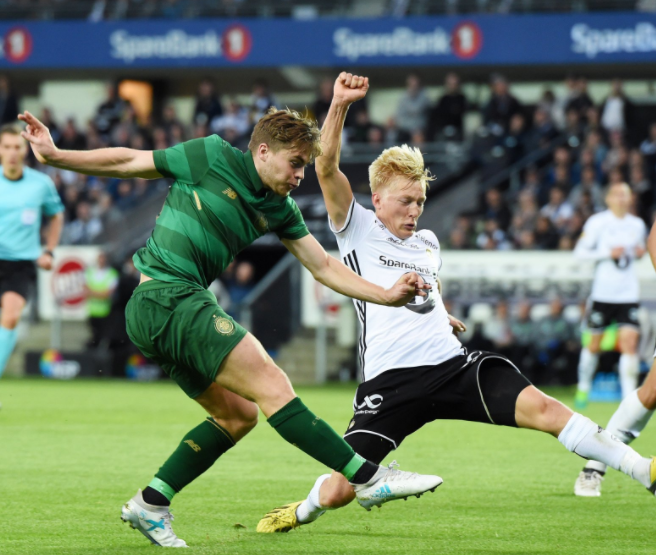 Brendan Rodgers decided to start with fit-again Griffiths on the bench and he saw his team dominate the opening 45 minutes with the Norwegians quite content to pack their defence and midfield to try to stifle attacks.

However, the two best chances of the first-half fell to the Hoops and, with a little bit of good luck, both efforts would have hit the net.

The first came from a powerful header by Erik Sviatchenko from a sweeping diagonal left-wing free-kick from Jonny Hayes in the 20th minute.

The Dane arrived bang on time to thump a sizzler goalwards and it looked as if it was heading beyond Hansen until Niklas Bendtner arrived on the scene to block the ball and send it spiralling for a corner-kick.

Sviatchenko limped off three minutes later after taking a knock on his right knee following a challenge in the middle of the park. 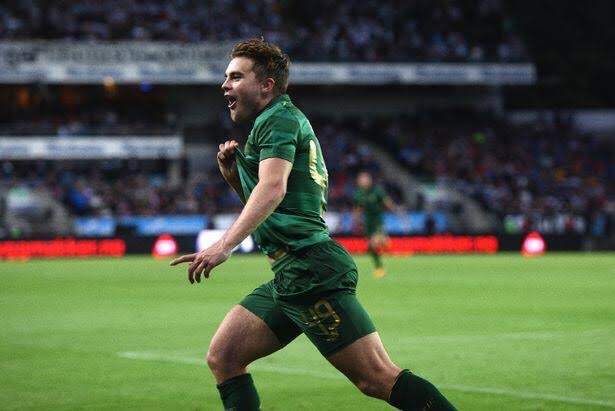 In the 28th minute, the Parkhead men thought they had at last broken the Rosenborg barrier when Kieran Tierney, who had a stormer, lashed a low ball across goal.

Forrest stuck out a foot eight yards from goal and it looked as though his prodded attempt was flying into the roof of the net.

However, Hansen, so underworked in Glasgow last week, demonstrated remarkable reflexes as he leapt across goal to his left and got a touch to the ball to send it whipping over the bar.

Earlier, the goalie should have been brought into action when Tierney cleverly found his full-back partner Mikael Lustig in acres of space with a deft dink across the box.

Unfortunately, the former Rosenborg player hit the ball-first time and sent it wildly into the crowd.

Scott Brown was playing a real captain’s role and appeared central to everything the team was doing as he took control of the middle of the park. 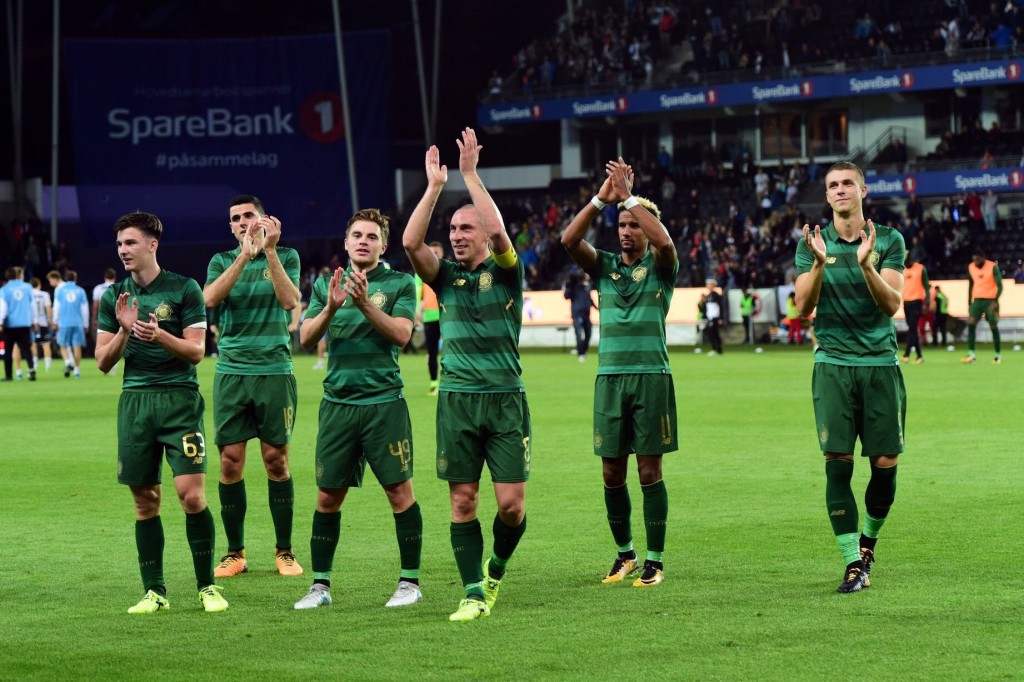 Craig Gordon was rarely troubled in the first-half, but gave his defence a rollicking when Milan Jetovic was allowed to bring a right-wing shy under control and move forward unchallenged before having a low drive at goal.

The Hoops No.1 swooped on the effort, but wasn’t happy with the men in front of him for presenting the opportunity for the Serbian.

Surprisingly, the home side started the second period on the offensive and Gordon had a scare when a low effort from Yanni-Erik du Lanlay slid past his far post.

Rodgers made the expected change when he sent on Griffiths for the hard-working Hayes just before the hour mark.

And the little hitman immediately brought a menace to the frontline that had been missing.

He looked alert as he darted left and right, dragging the centre-halves with him to make space for Callum McGregor and Stuart Armstrong, who was off the pace right from the start and was replaced by Tom Rogic in the 69th minute.

Two minutes after Forrest’s blockbuster, Sinclair set up Griffiths for a low effort that ripped just wide of the far upright with Hansen helpless.

In the 82nd minute, Forrest passed up the perfect opportunity to kill the tie stone dead.

Some exceptional work from Griffiths on the left wing saw him thread a ball into the middle of the retreating rearguard.

Rogic failed to control the pass, but it ran to Forrest who carried it into the box and was left with just the exposed keeper to beat.

Unfortunately, he made all the wrong decisions and Hansen managed to smuggle the ball clear. It should have been a second for Forrest and Celtic.

The Hoops saw out the closing moments by keeping the ball, but Griffiths almost got his reward for a timely introduction when he blitzed in a low effort, but once again the Rosenborg goalie managed to block the attempt.

A quick word about Sinclair, whose work-rate was nothing short of phenomenal. He grafted up and down the left wing all night and did the unsung part of the job so well.

The Hoops can now look forward to the draw in Nyon to see which team will attempt to bar their path to the Champions League group stages.

With a little bit of fortune, keeper Gordon might keep two more clean sheets to the ones he has already achieved against Linfield and Rosenborg and the champions will gatecrash the elite for the second successive season.