JAMES FORREST has revealed he will not be keeping an eye on developments at Ibrox this afternoon.

Derek McInnes’ Aberdeen outfit will be the visitors in a game where Steven Gerrard’s side will know a stumble will open the way for Celtic to widen the cap in the title race when they take on Hamilton Accies tomorrow afternoon.

The eight-in-a-row champions are currently five points ahead, although the Govan club have a game in hand.

But Scotland international winger Forrest maintained the Hoops players are not bothering about what is happening across the city as they focus completely on what they are doing in the quest for the magical nine in a row.

Forrest, speaking to the Scottish Sun, admitted: “Since we came back from the break, we have not spoken about them slipping up or anything about them. 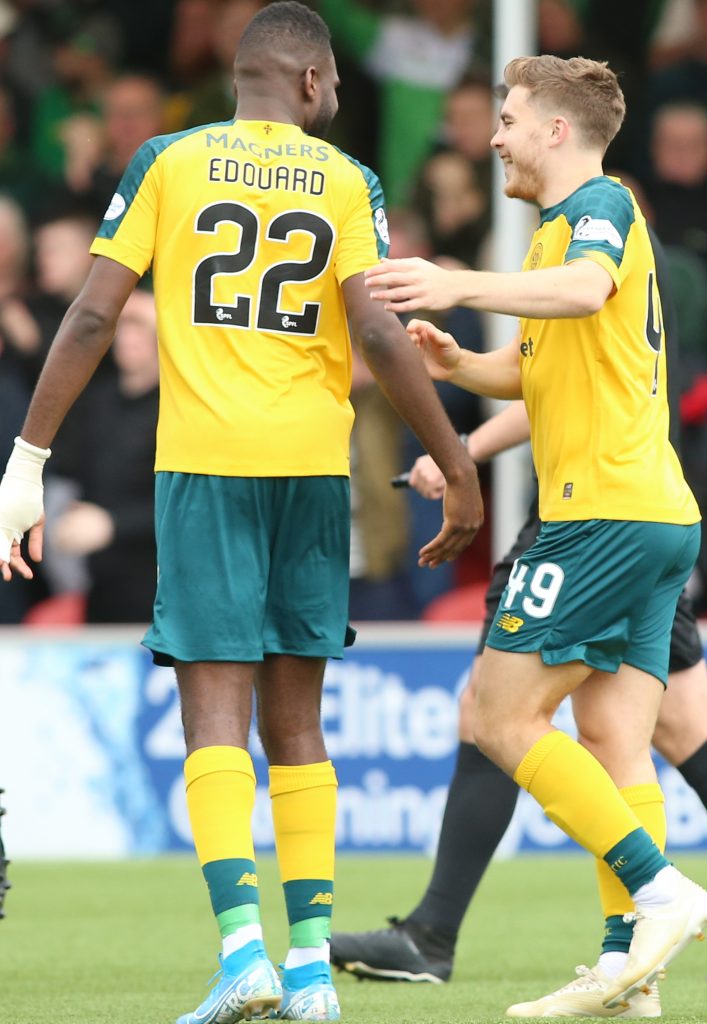 “It’s all on ourselves. If you look elsewhere or concentrate on anyone else, you end up not doing the job yourself.

“Is tunnel vision key? Yes. If you start thinking or hoping they drop points that’s when you risk taking the foot off the gas and dropping points by not putting in performances.

“We will just concentrate on ourselves and we have a few big games coming up, with a lot of away games. We will be tested.

“Hopefully, we can come through it.”

Forrest, who has won a breathtaking 18 honours at the Hoops, continued: “We have been at it since we’ve come back from the winter break and it’s going to have to be similar in the games coming up.

“We knew that right up until March it was the same kind of schedule as in December. We’re playing games every few days, but we are ready for it.

“Things have started well, but now we need to keep going and keep building on what we have done.

“That’s what we will be looking to do.” 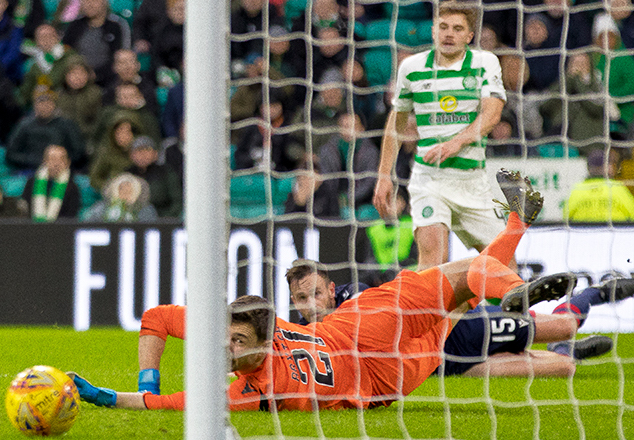 SO CLOSE…James Forrest almost adds to Celtic’s three goals against Ross County with a shot that squeezes past the post.

Neil Lennon’s men could be tasked with playing THIRTEEN matches between now and the international break at the end of next month. Forrest is adamant the manager has the squad to cope with the punishing schedule.

He added: “When you go to games you see four or five boys not even in the squad when they could all be playing.

“They are international guys who you see in training every day and they are really good players.

“But that’s good for the manager. If we do get injuries, he’s got players capable of coming in and contributing.

“Physically, all the boys felt fit before Dubai, but it was good to get a rest on the mental side.

“The season has been really good so far and the break maybe came at a good time for everyone.”

Forrest scored the only goal of the game the last time the Hoops visited Hamilton and he will be aiming for an action replay tomorrow afternoon – irrespective of what happens at Ibrox today.