JAMES FORREST has admitted he finds it weird to look at the Premiership table and not see Celtic in pole position.

The eight-in-a-row champions dropped five points in back-to-back games against Hibs (1-1) and Livingston (0-2) and are now two adrift of Steven Gerrard’s Ibrox outfit.

Scotland international winger Forrest, who played in his nation’s 6-0 Euro 2020 qualifying win over San Marino at Hampden on Sunday, is now gunning for Ross County at Parkhead on Saturday to resume normal service.

The Hoops can go to the summit again with the Govan side due to play Hearts at Tynecastle 24 hours later.

Forrest, speaking to the Daily Record, said: “It’s a bit strange not being at the top of the table because it’s around 10 months since that was last the case. 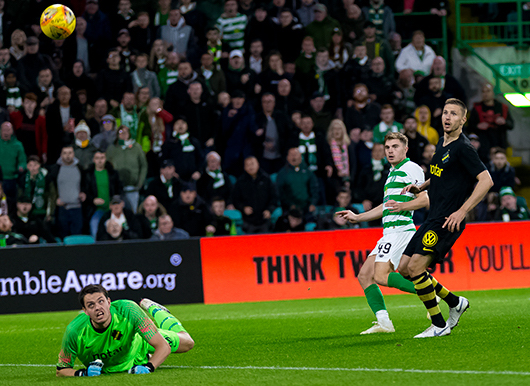 “But it keeps us on our toes because we know if we slip up Rangers are winning regularly, so it’s vital we take the three points off Ross County.

“Rangers went into the new year level on points with us last season, but we tend to become stronger after the winter break in January. However, we can’t take anything for granted. It’s always tight going into the second half of the season and Rangers are stronger than they were a year ago.

“Hopefully, that’s our bad performance and result behind us. Was it a wake-up call? You’d prefer to just keep winning, but it’s practically impossible to maintain that high a level right through a campaign. Now we need to show a reaction to that display this weekend.

“We’d been doing really well, but, obviously we had a bad performance and a bad result just before the international break.

“However, we have a lot of big games coming up now and our squad will be used to the full.”