CELTIC goal hero James Forrest has gifted the shirt he wore in the Premier Sports League Cup semi-final win over St Johnstone to the family of Bertie Auld.

The legendary Lisbon Lion passed away 10 days ago at the age of 83 after being diagnosed with dementia.

Forrest was introduced to the game as a 69th-minute substitute for Liel Abada and conjured up the victorious strike only four minutes later when he pounced on a deflection from a Filipe Jota left-wing cross to thump the ball beyond the stranded Zander Clark. 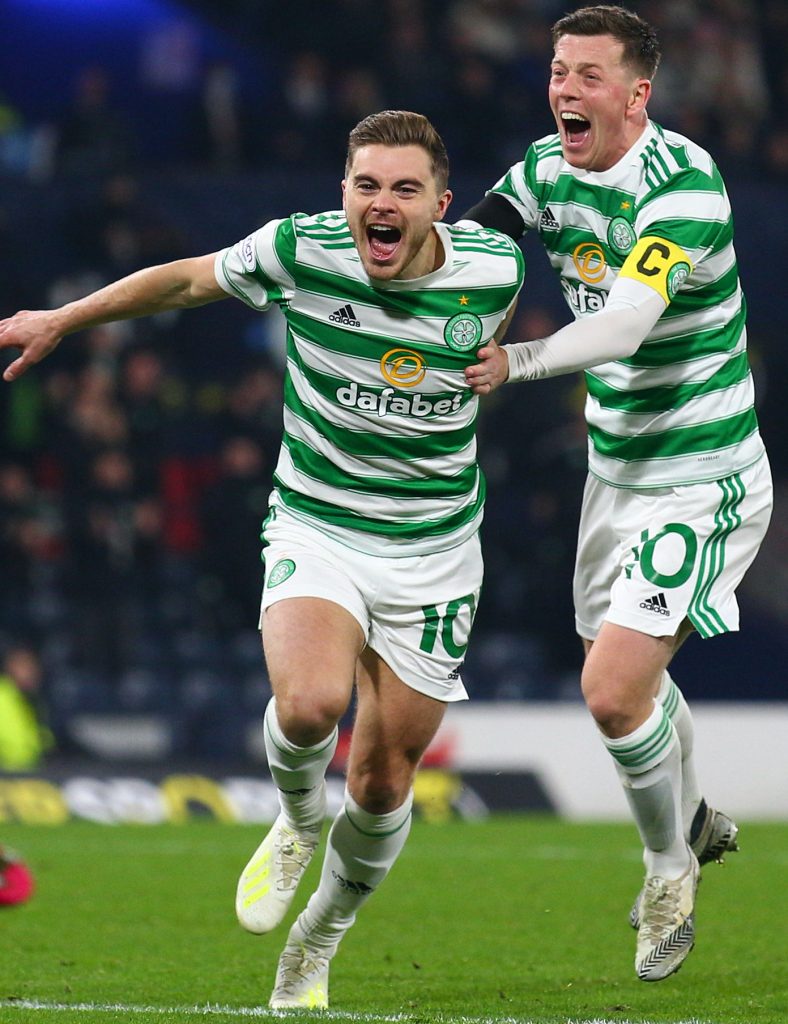 TEN-SHUN! James Forrest yells in delight after hammering in the Cup semi-final winner against St Johnstone. Skipper Callum McGregor joins in the celebrations.

The goal set up a Sunday December 19 showpiece showdown at Hampden against Hibs, the team for whom Auld played and managed after leaving his beloved Parkhead in May 1971.

The Celtic players performed with the No.10 on their shorts against the Perth trophy holders in honour of the club great.

Forrest, speaking to the Celtic website, said: “Bertie meant so much to the club and our supporters, he was everything to his family and we know they are missing him so much. 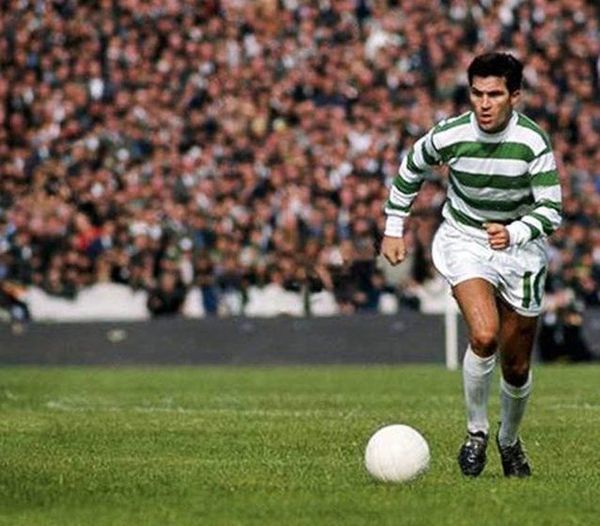 ON THE BALL…Bertie Auld, sporting the famous No.10 shorts, in his heyday at Hampden.

“The boys were really honoured to wear Bertie’s number on Sunday and we were delighted to get the result on a really emotional day.

“For me, to get the goal was special, but the whole team did brilliant to get the victory.

“We know what a tough time it’s been for the family and we just wanted them to have something from the match and from the day that we remembered one of our greatest ever legends.”