Celtic Quick News on News Now
You are at:Home»Latest News»FORSTER AND NTCHAM SET FOR DRAMATIC SWAP
By CQN Magazine on 26th May 2020 Latest News

CELTIC may be willing to agree to a dramatic swap deal that would see Fraser Forster remain at Parkhead on a permanent basis while Olivier Ntcham heads for Southampton.

Hoops boss Neil Lennon is determined to keep the skyscrapaper shotstopper as he prepares his squad for their historic 10-in-a-row title quest in the new season.

Forster still has two years of a lucrative contract – believed to be in the region of a whopping £85,000-per-week – to run at the south coast club who are preparing for financial meltdown due to the coronavirus pandemic, as CQN reported yesterday.

The Bhoys fans’ favourite, who left the club in a £10million switch in 2014, is said to be keen to remain in Glasgow, but a deal would have to be thrashed out between the teams.

The Saints had their eyes on French Under-21 international midfielder Ntcham earlier this season before football went into cold storage with all the loss of cash consequences. 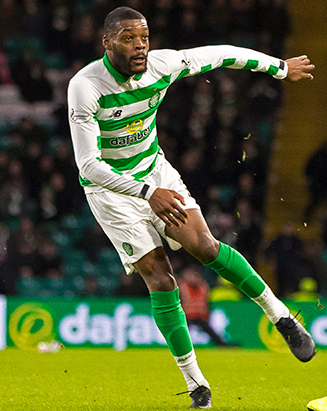 The clubs could now get around the negotiating table to thrash out a deal that would suit both parties.

Forster, 32, is likely to be a key component in Lennon’s bid for history while 24-year-old Ntcham, who cost £4.5million when Brendan Rodgers signed him from Manchester City in June 2017, could be used as part of any agreement.

The skint Saints need to get some of their highest-earning performers off the pay roll and a swap between the keeper and the anchorman, who is picking up £35,000-per-week at the Hoops, could be the ideal solution for all parties.

Ntcham is under contract until June 2022, but has been on Southampton manager Ralph Hasenhüttl’s radar in recent times, according to the Scottish Sun.

Lennon bought 22-year-old Ivorian midfielder Ismail Soro for £2million in the winter, but the ball-winning competitor is still awaiting the opportunity to make his first-team debut.

He will be brought more into the Irishman’s plans in the new campaign.

And Lennon may also attempt to bring Mohamed Elyounoussi into any deal concerning Forster and Ntcham. The Norwegian international also spent last term on loan from the Saints and could also be up for grabs in the summer.