FRASER FORSTER has returned to Southampton on the day his loan agreement with Celtic came to an end.

The Hoops fans’ favourite will have crunch talks with the south coast club’s boss Ralph Hasenhuttl which could decide his future within a week.

Neil Lennon, preparing his squad for a tilt at the historic 10 titles on the trot, wants the towering keeper to sign a permanent deal with the Parkhead side, as CQN reported yesterday.

The six times-capped England international was a stand-out last season as the club notched up their ninth successive championship and he was the Man of the Match when he defied Steven Gerrard’s Ibrox outfit in the Betfred League Cup Final in December when Christopher Jullien scored the only goal of the game to give the team their TENTH domestic piece of silverware on the spin.

The towering shotstopper, 32, still has two years left of a lucrative contract at the Premier League club.

Saints’ Chinese owner Gao Jisheng is looking to cut the wage bill and recoup money as he seeks to sell the financially-challenged club.

Forster, a £10million buy from the Hoops in the summer of 2014, wants to resume his career in Glasgow, according to the Scottish Sun. 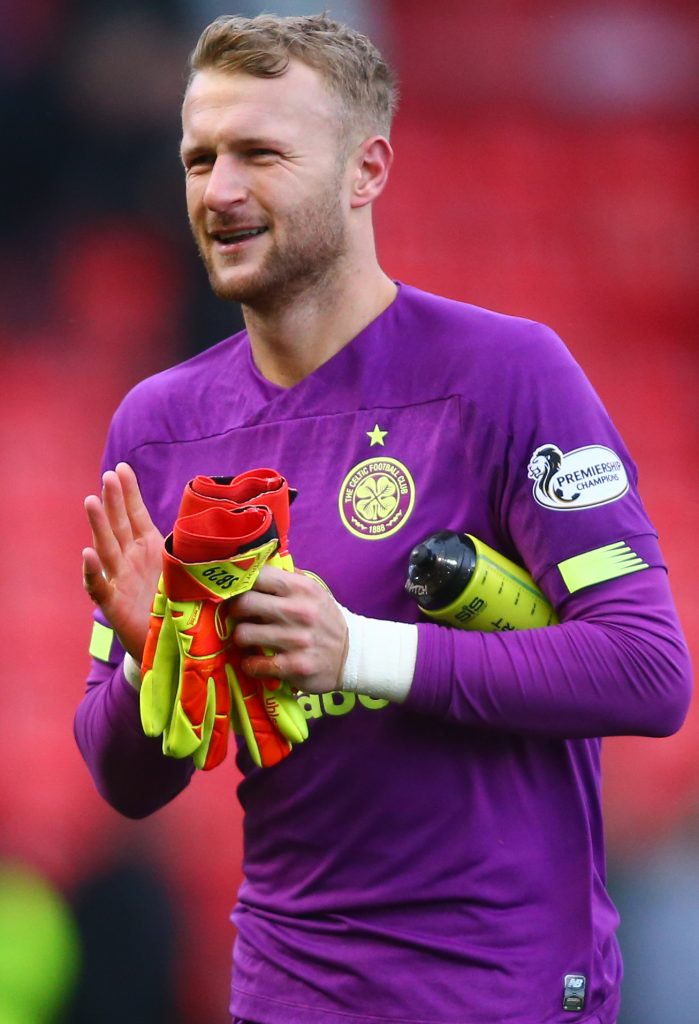 ON HIS OWN…Scott Bain, Celtic’s only experienced keeper.

The giant shotstopper dropped down to third in the pecking order at the club behind Alex McCarthy and Angus Gunn, but neither keeper has been particularly impressive during his absence.

A compromise will have to be reached with his finances before the Hoops get a clearer picture of the situation.

The champions acknowledge the return of Forster would give them a massive boost and Lennon also realises the urgency to have an experienced last line of defence for a crucial campaign ahead.

Scott Bain is the only signed netminder since Craig Gordon agreed a two-year deal with Hearts yesterday.

Conor Hazard, the 22-year-old Northern Ireland international, would have to make the step up as his deputy.

One-time England international No.1 Joe Hart, 33, who left Burnley at the end of his contract today, and ex-Hoops star David Marshall, 35, currently at Championship outfit Wigan, have been linked with Scotland’s title kings in recent days.