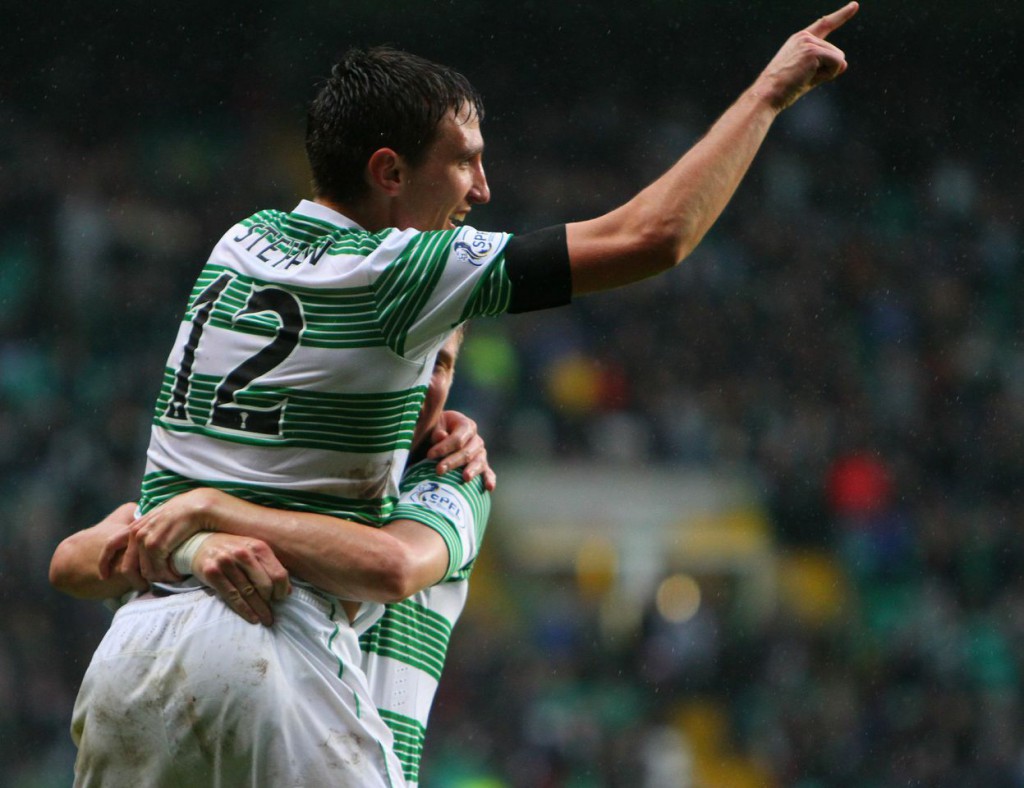 However, Scepovic, 26, proved to be a disappointment netting a mere six goals in 25 appearances.
He spent last season on loan at Getafe and scored six times as the team were relegated from La Liga.
However, the Spaniards agreed an undisclosed fee with the five-in-a-row champions and Scepovic is now the fourth misfiring marksman to leave the club since Brendan Rodgers took over.
The Irishman has already released Anthony Stokes, Carlton Cole and Colin Kazim-Richards.
Rodgers is looking for a frontline partner for 40-goal Leigh Griffiths and top of his wish list is 19-year-old French striker Moussa Dembele who is coming out of contract at Fulham.
He scored 17 goals for the London side in the Championship last season.
Celtic’s very strong interest in Dembele was first revealed on CQN last Friday morning  (see HERE) before three tabloids carried the story in their Saturday editions, one even claiming it as an exclusive!
The French player is currently having a medical and if all goes well will be a sensational first signing for Rodgers.