CHRISTOPHER JULLIEN admitted he did not get a touch to Ryan Christie’s swinging right-wing free-kick that unlocked the stubborn St Johnstone rearguard yesterday.

The cunningly-delivered deadball effort from the playmaker deceived friend and foe as it carried beyond the transfixed Zander Clark into the net for the only goal of a tense Scottish Cup quarter-final confrontation on a mudheap of a pitch in Perth.

The French defender, bought for £7million from Toulouse in the summer, may have revealed he didn’t score the 81st-minute winner at McDiarmid Park, but he certainly struck a bullseye with manager Neil Lennon.

The Hoops boss was only to happy to heap praise upon his centre-half for the part he played in the goal in the immediate aftermath of the team’s 34th successive victory in domestic knock-out competitions.

Lennon, speaking to the Daily Record, said: “I don’t know who scored. Sky Sports said Jullien, although he says he didn’t get a touch. 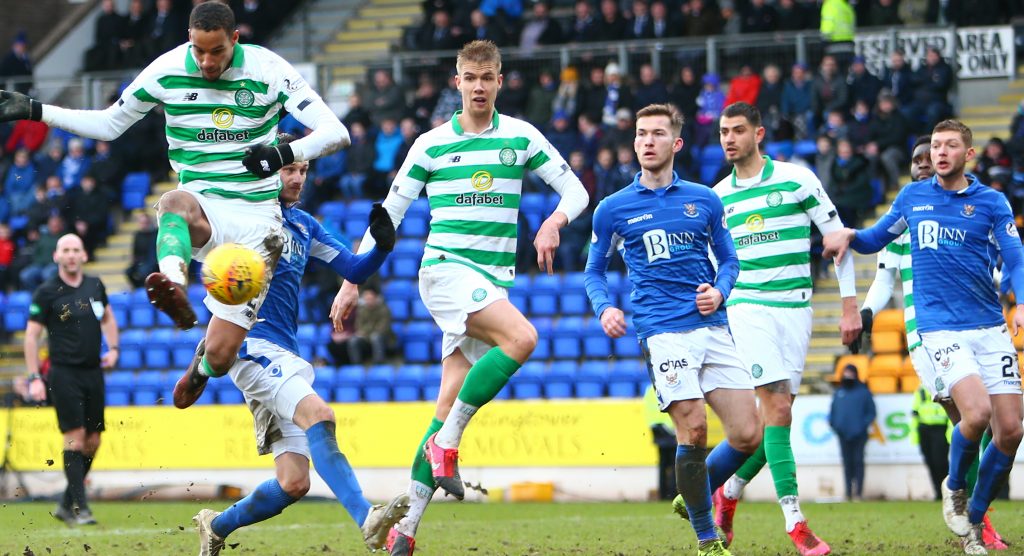 DODGE BALL…Christopher Jullien just fails to connect with Ryan Christie’s free-kick that ended in the net. 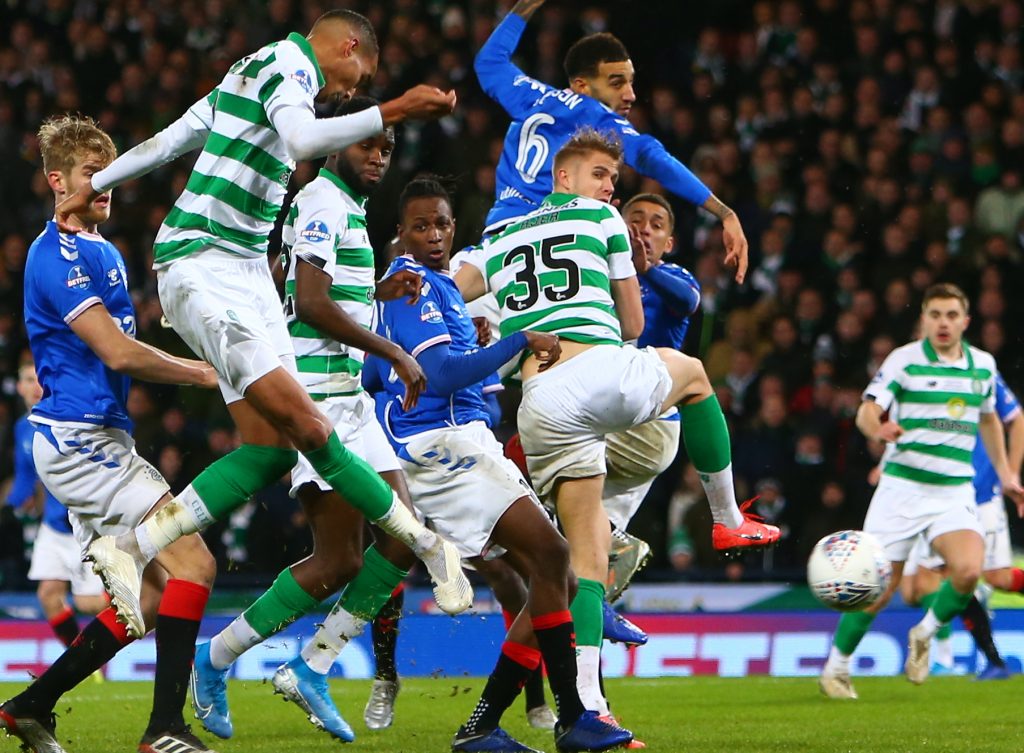 MATCHWINNER…Christopher Jullien sidefoots Ryan Christie’s free-kick into the net for the League Cup clincher in December.

“However, it was the run that made the goal. He got in the eyeline of the goalkeeper – who was absolutely marvellous – but I think it went straight in.

“When we looked at Jullien, scoring goals was something we thought he could do in Scotland and Europe.

“He’s a threat and he has worked on it as he wants to get on the end of things.

“My old manager Martin O’Neill had plenty of players like that at Leicester and Celtic. Jullien would fit right into that mould. He’s brave and puts his head on things in both boxes.”

The 26-year-old colossus clearly enjoys sudden-death football in Scotland after claiming the Betfred League Cup winner against Steven Gerrard’s side at Hampden in December.

On that occasion, he certainly made contact with an arcing Christie free-kick – this time delivered from the left- as he sidefooted the ball past a bamboozled Allan McGregor.

Now his eyes are on the Scottish Cup semi-final next month. Aberdeen, you have been warned!