Celtic Quick News on News Now
You are at:Home»Latest News»FRIMPONG AND THE MAN OF THE MATCH MYSTERY
By CQN Magazine on 27th September 2019 Latest News

BEAMING Jeremie Frimpong was delighted with his first-team debut in the 5-0 win over Partick Thistle in the Betfred League Cup quarter-final at Parkhead on Wednesday.

The right-back thanked skipper Scott Brown for the part he played in welcoming him to the Hoops following his deadline day switch from Manchester City.

But the 18-year-old defender also revealed he was MYSTIFIED by events during the victory over the Firhill side.

Frimpong was awarded the Man of the Match accolade by the sponsors and he admitted he was more than a little puzzled. 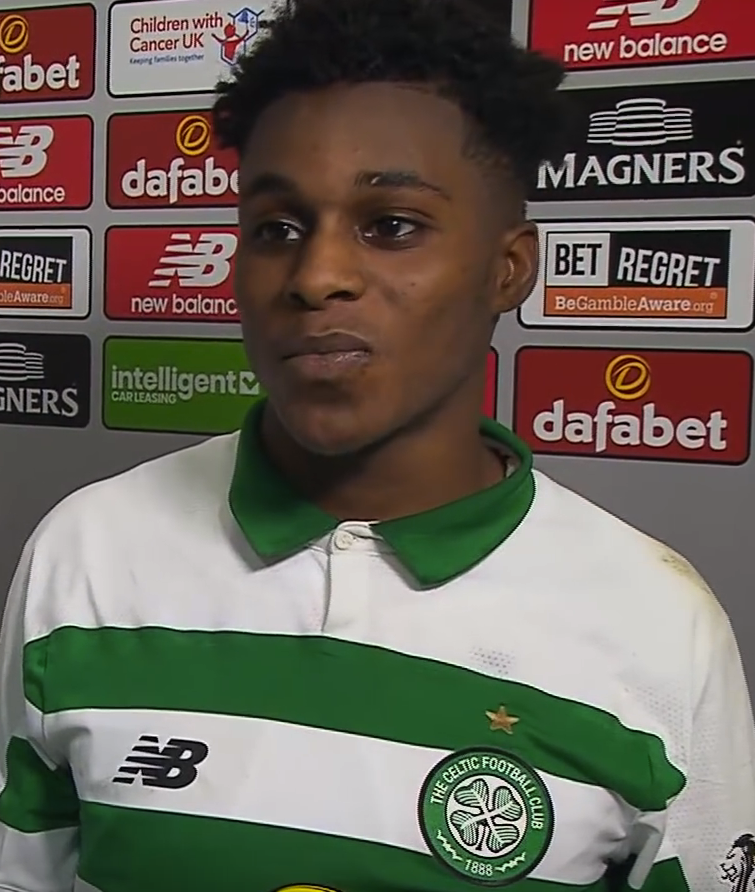 The Dutch-born new Bhoy, speaking to the Evening Times, said: “When it got announced, I thought: ‘What’s going on?’”

“I looked up the screen and it said Jeremie is Man of the Match and the bench were all shouting to me: ‘Jeremie, Jeremie, Jeremie’, and then they all went: ‘Wheeeyyyy!’

However, the eight-in-a-row champions’ overnight sensation also spoke of his nerves as he switched from Manchester to Glasgow only 25 days ago without any first-team squad experience at The Etihad.

It was captain Brown, at 34 almost double the age of the teenager, who helped him make the step up to a fresh and unknown situation.

Frimpong remarked: “I used to play Under-23 football, so there’s a big difference, but you have to adapt to it. It’s been really good.

“Everyone is good, but Scott Brown has impressed me. He’s been great. When I first came, I thought he was going to be a serious guy, but he jokes about and I really like that.

“When I came, he made sure he would speak to me and everyone was really welcoming.

“At first, I was nervous, because you’re going into a new environment, but everyone was coming up to me and speaking to me, so I liked that.” 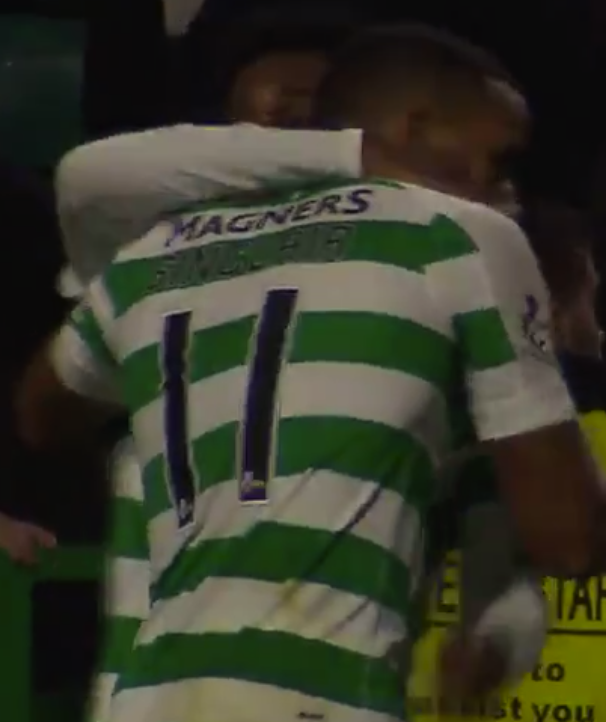 The ambitious teenager has his sights on a top-side place and added: “I would speak to Kyle Walker and then when Joao Cancelo came I would speak to him. They would give me some tips.

“I was there since I was young, so you want to try and get into the team, but they obviously have Kyle Walker and they have just bought a new right-back.

“I thought I was ready for first team now, so Celtic came and I took the chance, because I thought I would have a better chance at Celtic than Manchester City.

“I went to the city centre and it’s amazing, I’m happy to be in Glasgow.”

Now the focus switches to Edinburgh tomorrow afternoon and the Premiership encounter against Hibs where Neil Lennon has the choice of Moritz Bauer, Hatem Abd Elhamed and, of course, the precocious Frimpong for the No.2 berth.

The competition underlines the quality the Irishman has in his squad with a similar situation on the opposite flank with £3million Boli Bolingoli and £2.25million Greg Taylor vying for the left-back position.

Lennon’s line-up that trots onto the Easter Road pitch for the 12.30pm kick-off will be highly interesting.