THE drama in Celtic’s Europa League Group G continued in Seville last night where Real Betis and Bayer Leverkusen fought out a 1-1 stalemate.

The deadlock leaves Ange Postecoglou’s side four points adrift of the Spanish and German outfits with three games still to be played, the first for the Hoops against Ferencvaros, beaten 2-0 in Glasgow, a week on Thursday in Budapest.

It looked as though an error in judgement from ex-Celt Jeremie Frimpong was going to take all three points to the La Liga club who play their final match in the section at Parkhead on December 9. 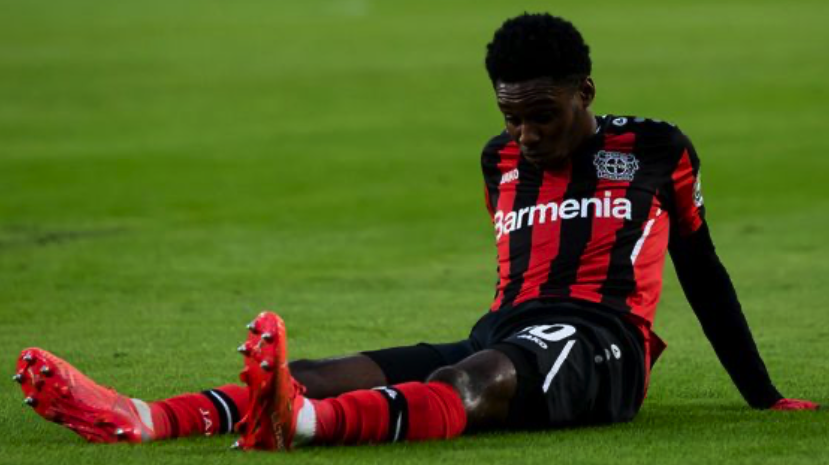 DISTRAUGHT…Jeremie Frimpong sits it out in Seville. 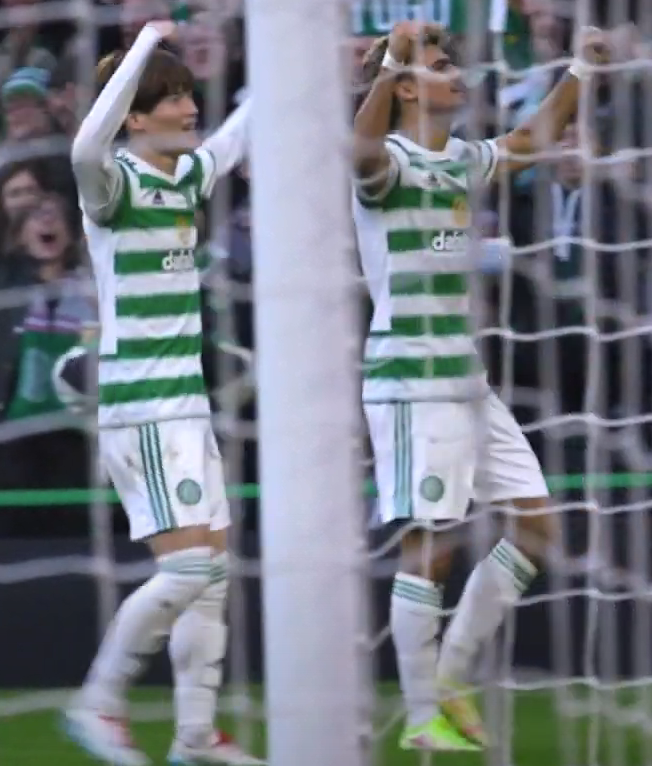 With 16 minutes to go and the tie balanced at 0-0, the pacy Dutch defender, who joined the Bundesliga club in a £11.5million switch in January, was adjudged to have handled the ball and Borja Iglesias gleefully thumped in the award.

However, a strike from Robert Andrich was deflected in off William Carvalho to level the score.

The visitors had the first opportunity when French international frontman Moussa Diaby, who ripped the Hoops apart in the 4-0 loss last month, set up Lucas Alario, but he missed with keeper Claudio Bravo out of position.

Betis squandered the chance to take the lead when Iglesias fired over the bar from eight yards with the goal gaping.

It was heading for a scoreless stalemate until Frimpong’s infringement which was confirmed after VAR viewed the incident. Iglesias sent Lukas Hradecky, who made three top saves at Parkhead, the wrong way.

With eight minutes to go, the Bundesliga club snatched a point with a massive deflection from Andrich’s shot which left Bravo helpless.