FORMER pin-up Bhoy Jeremie Frimpong has revealed he did NOT push for a move from Celtic.

The Dutch right-back quit Parkhead in an £11.5million deal for Bayer Leverkusen in January as the Hoops’ season that promised so much in the summer began to disintegrate.

Neil Lennon claimed Frimpong had “made it clear” he wanted to leave just 16 months after his £300,000 arrival from Manchester City that rose to £1million with add-ons when the youngster agreed the remarkable quickfire switch to the Bundesliga. 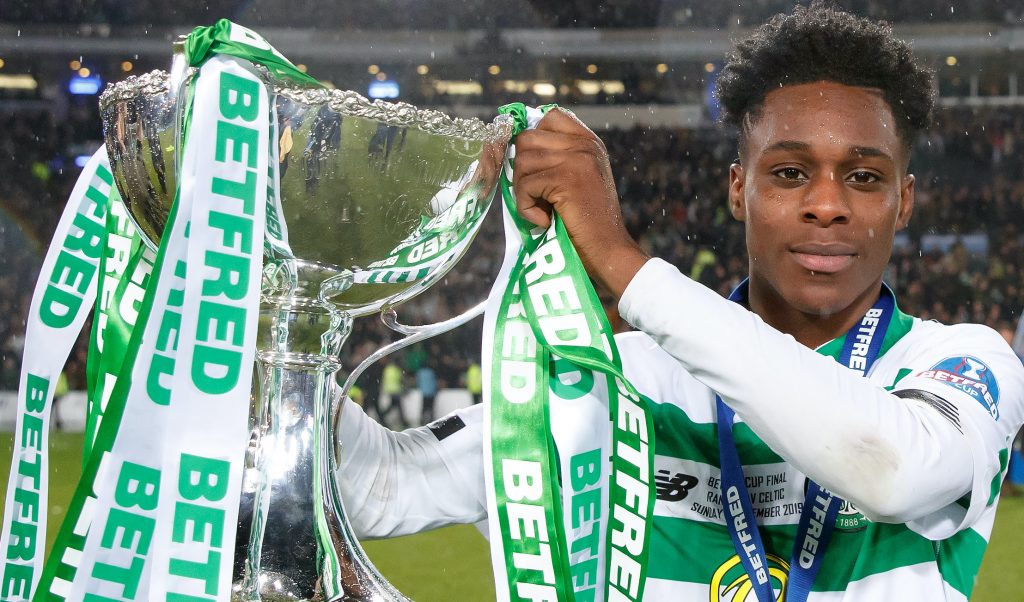 PRIZE GUY…Jeremie Frimpong with the 2019 Betfred League Cup after the 1-0 win over Steven Gerrard’s Ibrox side.

Now the pacy, energetic defender will come back to Glasgow tomorrow night as part of the German outfit who will be looking to inflict a second successive defeat in the Europa League Group G on Ange Postecoglou’s men after the 4-3 loss to Real Betis in Seville in the opening encounter.

Frimpong, who helped his team to a 2-1 win over Ferencvaros in the first tie, said: “It will be nice to return to a stadium where I have had success, but now I return to win not to play for Celtic but to try and win against them.

“We know the atmosphere the fans will create. I know that better than anybody – but we just have to focus and play as we know we can.

“I was NOT looking to leave Celtic. When the chance came to join Leverkusen, it was not something I was actively looking to do. 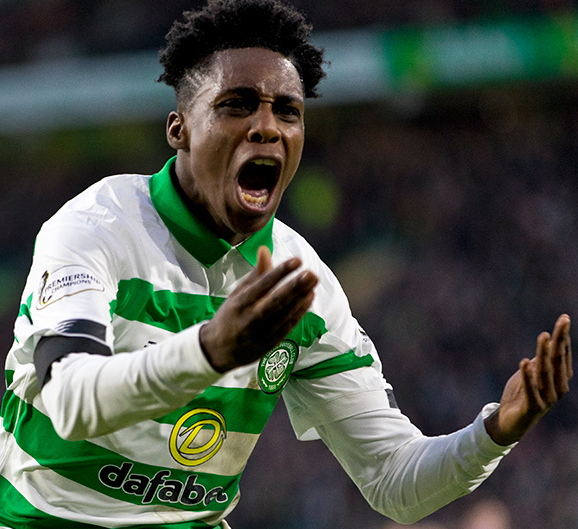 JOY BHOY…Jeremie Frimpong celebrates after scoring against Hibs at Parkhead.

“The Bundesliga is one of the top three leagues in Europe and when you get that chance it was impossible for me to say no.

“I didn’t know of their interest in me.

“It was a shock – but the chance to play for one of the best clubs in Germany was not something I could turn down.”

Frimpong, speaking to the Daily Record, added: “When I heard that Neil Lennon had resigned I was shocked.

“He is a man who has given everything for the club – but if he thought it was time for fresh ideas then I think him stepping down says everything about his character and how he will always put the club first.

”There is a new coach now and I am sure that winning trophies will return to Celtic.

“Celtic fans became so used to winning trophies now that it has not happened for a season it is unusual for the fans.

“They are a big club and I am sure those days are not far away.”