TOM ROGIC was delighted with his brilliant goal in the 2-2 draw against Hearts at Tynecastle.
But the Australian international admitted he was “frustrated” at the loss of two points with the Edinburgh side’s stoppage time equaliser.
Rogic, whose brother was at the game, said: “As a team, we’re frustrated to concede so late.
“It feels more like a loss than anything, but we’ll take the positives from the game.

“A win is the most important thing. It was a nice goal, and good on a personal level, but obviously I’d rather win the game. I pointed to my brother in the crowd and, hopefully, he enjoyed that goal. 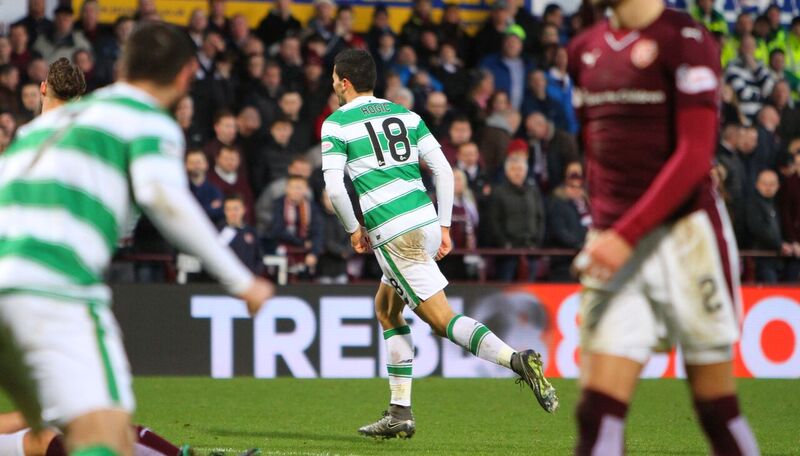 “The character we showed, the team spirit, the unity amongst the squad, was pleasing, but we’re not happy to take a point.

“At this time of the year, and coming off the back of a disappointing result last weekend against Motherwell, we knew we had to show the hunger and desire that wasn’t there last week.

“That wasn’t good enough and from the players’ point of view, we’ve shown a reaction and we were unlucky not to win the match.”

Celtic took the lead at Tynecastle just before half-time when Nir Bitton coolly slotted the ball home, but that goal was cancelled by Sam Nicholson.

And it was a similar story in the second-half when Osman Sow’s deflected free-kick drew Hearts level again after Rogic had restored Celtic’s lead.

Rogic added: “The way we started was some of the best football we’ve played and we were unlucky not to go in front early.

“Then they came back into it and Craig Gordon made a couple of fantastic saves. When you have a keeper like him in the side, it helps.

“Even their first goal, Mikael Lustig got a touch on it, as well.

“It’s a bit frustrating and then at the end another deflection. I guess the timing of it just makes it harder to take.

“It’s a busy schedule. We knew that coming in to it, so it’s important that we stay focused and be ready for the next match.”