CELTIC can stretch their lead at the Premiership pinnacle to six points if they win at Ibrox a week on Sunday with only six games left to play.

And even Govan hero Ally McCoist reckons his old side would find “the gap far too big” to close as the Hoops prepare for their tenth title in 11 years.

Ange Postecoglou inherited a team that had blown the opportunity of a historic tenth successive championship as they limped in a mind-boggling 25 points behind Steven Gerrard’s outfit. But the Greek-Australian has turned the club’s fortunes around in breathtaking fashion.

Giovanni van Bronckhorst is now in charge and has already tasted defeat in his first derby as a manager following the home side’s runaway 3-0 romp at Parkhead in February. 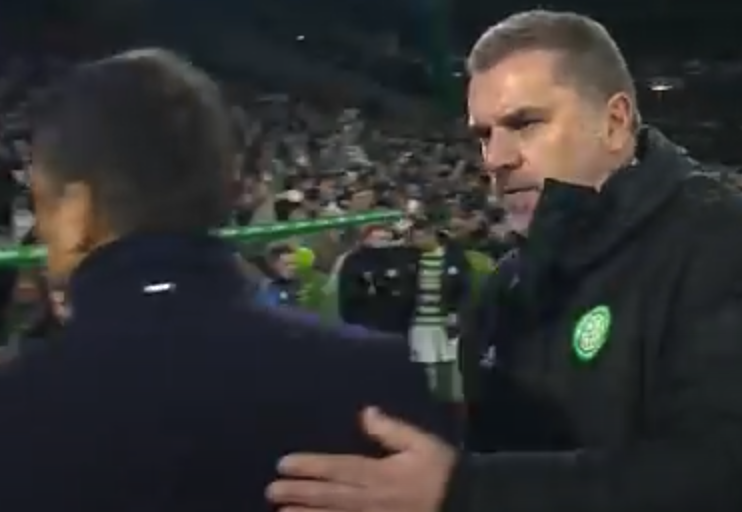 The Dutchman realises he is on a tightrope with no safety net in sight as he gets ready for the visit of Postecoglou and his players next weekend and then again at Hampden in the Scottish Cup semi-final a fortnight later. There could also be a third Glasgow April clash and a return to the east end of Glasgow once the split has been decided.

Wary McCoist, the club’s former goalscorer and manager, admitted: “I don’t think Rangers can afford to get beat.

“Postecoglou has done a great job at Celtic and they’ve put themselves in a very good position. There’s three games coming up in the next month or so, if you include the Scottish Cup semi-final, so there won’t be a dull moment north of the border, particularly in the Glasgow area.

“But, from Rangers’ point of view, defeat is unthinkable as I think it would make the gap far too big.

“But I don’t see that, I think both teams have a little bit of form. Rangers in Europe have been excellent, domestically the form’s been a little bit a bit up and down.”

McCoist, speaking to Sky Sports, added: “They had a massive win at Dundee where they didn’t play particularly well, but they’re hanging oNto Celtic’s coattails.

“And with this game coming up, I think we’re going to see a different Rangers.

“It’s a game they certainly cannot afford to lose and I think they’ll certainly go about their business in a manner that they have to win the game.”

Both teams have been victorious in their home games. Postecoglou was in the early throes of piecing his Celtic jigsaw together when they played the first encounter at Ibrox at the end of August.

The Hoops had the better of the chances and should have taken the lead when Odsonne Edouard somehow contrived to miss an open goal from close range when he screwed the ball yards off target.

The visitors’ old failing at set-plays cost them dearly in the second period when Filip Helander powered in a right-wing corner-kick.

MIRROR IMAGES…two-goal Reo Hatate and his Japanese countryman Daizen Maeda celebrate at the end of the win in February.

Postecoglou’s men still looked good for a point, especially after Edouard was hooked in the 68th minute and Tom Rogic came on in his place with Kyogo Furuhashi moving into the centre from his left-wing role.

Only a desperate block with his right foot by keeper Robby McCrorie prevented the Japanese striker from levelling with five minutes to go.

There was no such reprieve for the Govan club when they were thrashed in the return game with the Hoops leading by three goals at the interval following a double from Reo Hatate and a typical opportunist’s effort from Liel Abada.

Van Bronckhorst and his players will know they could face some of the same in nine days’ time with Postecoglou’s unwavering philosophy of attacking play, home or away.