Celtic Quick News on News Now
You are at:Home»Latest News»‘GERRARD IN AT DEEP END,’ EX-CELTIC BOSS
By CQN Magazine on 3rd May 2018 Latest News

FORMER Celtic flop boss John Barnes has warned Steven Gerrard he will be “going in at the deep end” if he takes over as manager at Ibrox.

The Hoops dud, who was sacked after eight months following the sensational 3-1 Scottish Cup defeat at home to Inverness Caley Thistle in February 2000, believes it will be tough for the Liverpool legend.

Graeme Murty was sacked as caretaker gaffer on Tuesday and two directors, Paul Murray and Barry Scott, quit the board of the troubled club yesterday.

The team were knocked out of the Scottish Cup after being blown away 4-0 by Brendan Rodgers’ rampant champions and they were thumped 5-0 at Parkhead on Sunday as their opponents celebrated their seventh successive title in grand style.

And ex-Celtic and Scotland chief Gordon Strachan also had words of caution for Gerrard, as reported in CQN yesterday. 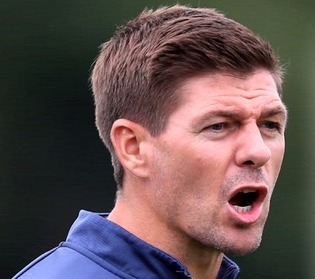 The former England international midfielder has admitted he has had “positive” talks with the rocking Govan outfit.

Barnes said: “If he wants to manage, it’s going in at the deep end. And probably at a time when Rangers obviously aren’t their strongest.

“It’s a little bit different from when I went there because, as much as Rangers were probably financially stronger than Celtic at that time, Celtic could still compete with them.

“Now, of course, it will take time.

“But, financially, they are a long way away, which means they are not going to be able to get the players in the next year or two to necessarily challenge Celtic at this point.”

Barnes said: “I think the Rangers fans have to understand and be realistic in terms of the expectation that if Steven Gerrard comes, it’s not immediately going to fall into place because he’s there.

“This will be his first job, but he’s not naive enough to think that all of a sudden: ‘I’m going to turn it around’.

“I think it will be a good move for Steven – I think if he wants to manage, I think he can be very good.

“If Gary McAllister goes there – who understands the situation – that could also help.

“The whole idea of players just going to Rangers because Steven Gerrard is there – that doesn’t happen anywhere in football anymore.

“It’s more to do with the fact that if you have more money to pay them, the better players they will come.”

Barnes added ominously: “Rangers playing against Celtic with Pep Guardiola in charge isn’t necessarily going to be able to challenge them at this particular stage.”