The former Liverpool star watched as his faltering side crashed out of the Champions League and blew the opportunity of a £40million windfall.

And the home-and-away losses to Malmo on a 4-2 aggregate have left his players with a nightmare trip before their derby encounter against Ange Posetcoglou’s men in Govan on Sunday August 29.

Gerrard’s flops, who suffered their third setback in succession after going down 1-0 to Dundee United at Tannadice at the weekend, face a massive journey to the far reaches of Europe just days before the visit of the Parkhead club, as reported in the Daily Record. 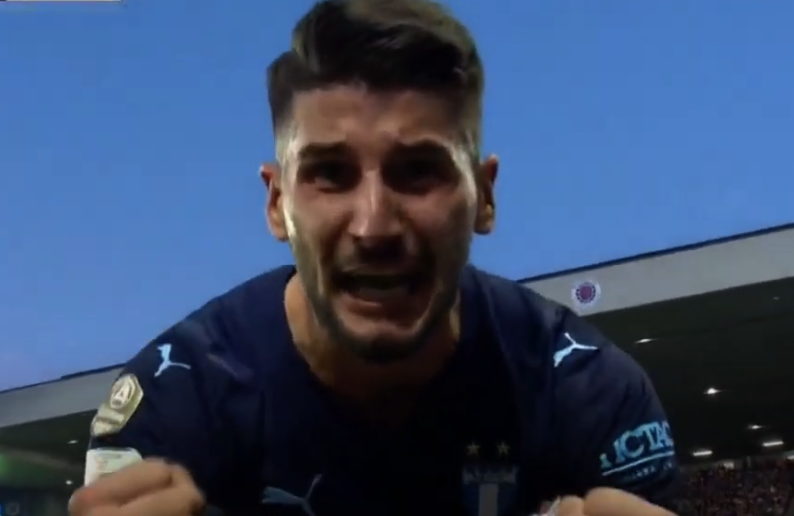 Ten-man Malmo, 1-0 adrift at half-time, turned the tie around at the start of the second period as their opponents disintegrated and smart striker Antonio Colak struck two in four minutes beind the floundering Allan McGregor who escaped a red card in the opening 45 minutes after handling the ball outside the box.

The home side were left dejected and helpless at the startling turnaround and now face the trip to either Kazakhstan or Armenia in the play-off round of the Europa League.

They will have to face the winners of Kairat Almaty, of Kazakhstan, or Armenia’s Alashkert of Armenia.

The former is more than 3,500 miles from Glasgow, while the latter would entail a round trip of close to 5,000 miles.

The game against Celtic is just three days after the second leg away tie.

The Hoops face a much shorter journey if they overcome Jablonec – which looks odds on with the club 4-2 ahead before tomorrow night’s second leg tie at Parkhead – with a play-off against the Netherlands’ AZ Alkmaar.