SCOTTY SINCLAIR netted a double the last time Celtic played Hibs and the English attacker is looking forward to another entertaining confrontation against Neil Lennon’s side at Parkhead this afternoon.

The Edinburgh side came back from two goals down to force a 2-2 draw at Easter Road with a rousing fightback last month.

That stalemate followed an identical score in the east end of Glasgow in September with the Hoops winning 4-2 in a dramatic League Cup semi-final sandwiched in between the Premiership tussles. 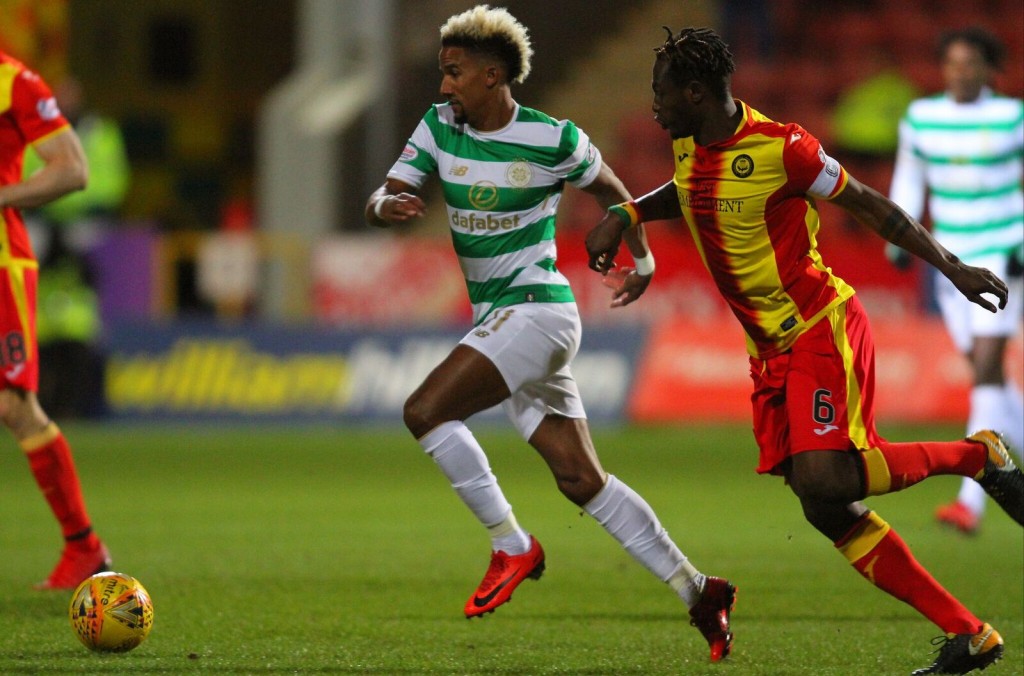 Sinclair said: “They are a good side and every time we have played against them it has been an entertaining game.

“They come out, attack and they have some good players. It makes the game a little bit more exciting.

“Teams come, sit back and go for the draw, but Hibs come straight out the blocks, they obviously want to win and they get on the front foot. It is up to us to make sure we perform and win.”

Sinclair scored his 17th goal of the season with an expertly-taken penalty-kick in the 2-1 win over Partick Thistle at Firhill on Tuesday night that saw the champions move 11 points clear at the top of the table.

Hibs are fourth in the Premiership and beat Dundee 1-0 on Wednesday to record their first victory of the year.

Brendan Rodgers is an admirer of opposite number Lennon and how he “wants the players to express themselves”.

He added: “Neil has a very good football side there and he tries to make them play as a big team.

“He is an outstanding manager and he wants them to work in a certain way which is aligned to the big clubs and big teams.

“Hibs play good football and are competitive so we anticipate a tough game.”

Maryhill matchwinner Leigh Griffiths is pushing for a start against his former team today, but Rodgers will be without SIX players who are on the injured list – Marvin Compper (calf strain), Jonny Hayes (broken leg), Tom Rogic, Anthony Ralston (both knee), Stuart Armstrong (hernia operation) and Paddy Roberts (hamstring).

Ex-Celt Anthony Stokes will not feature against his former club after being ruled out by Lennon because of off-the-field indiscipline issues.