GIORGOS GIAKOUMAKIS could be handed the chance of revenge against Livingston in West Lothian on Sunday.

The Greek striker fluffed a stoppage-time penalty-kick when the team drew 0-0 at Parkhead in October.

However, Giakoumakis, who netted a hat-trick the last time he played in the Premiership against Dundee 13 days ago, is poised to return to Ange Postecoglou’s squad after illness kept him out of the goalless draw with Hibs last Sunday and the 2-0 victory over St Mirren in midweek.

The possibility of a comeback by the 27-year-old attack-leader will be welcomed by his manager as the Hoops hope for third time lucky against Livi this time out after two blank performances. 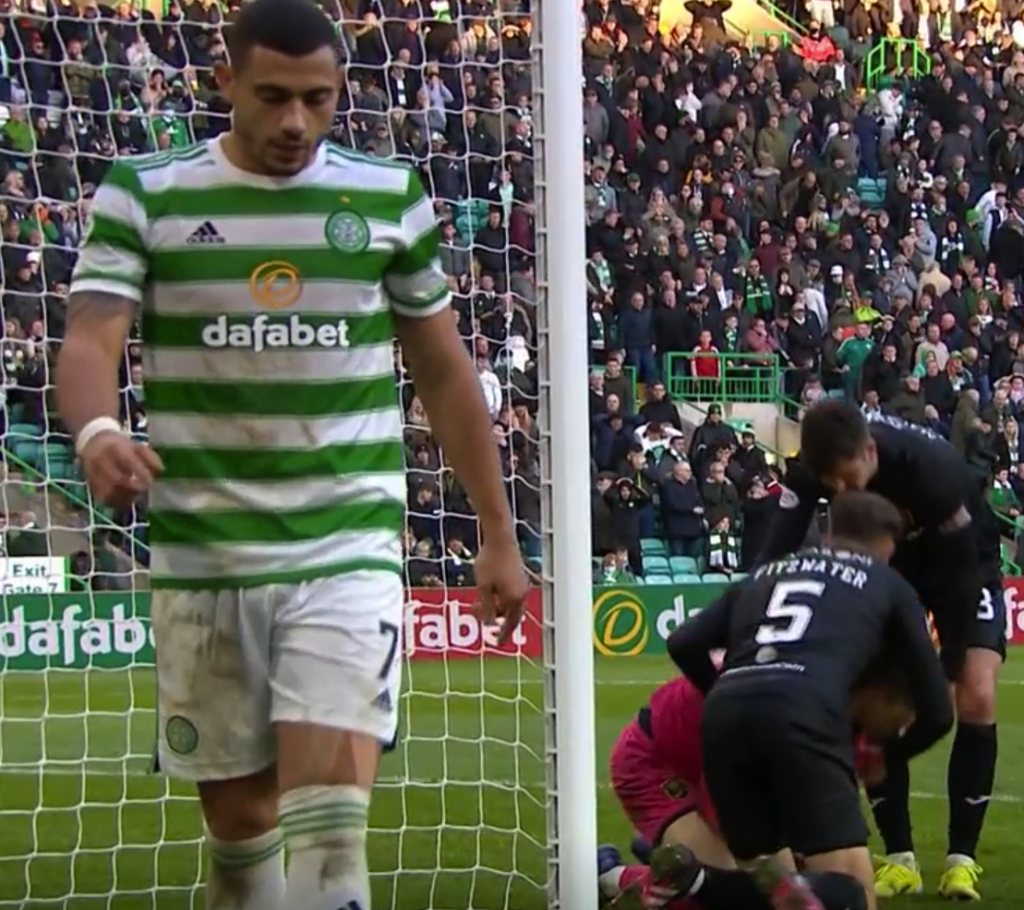 DESPAIR…Giorgos Giakoumakis walks behind the goal after seeing his feeble penalty-kick saved by Livingston keeper Max Stryjek in the goalless draw at Parkhead in October. 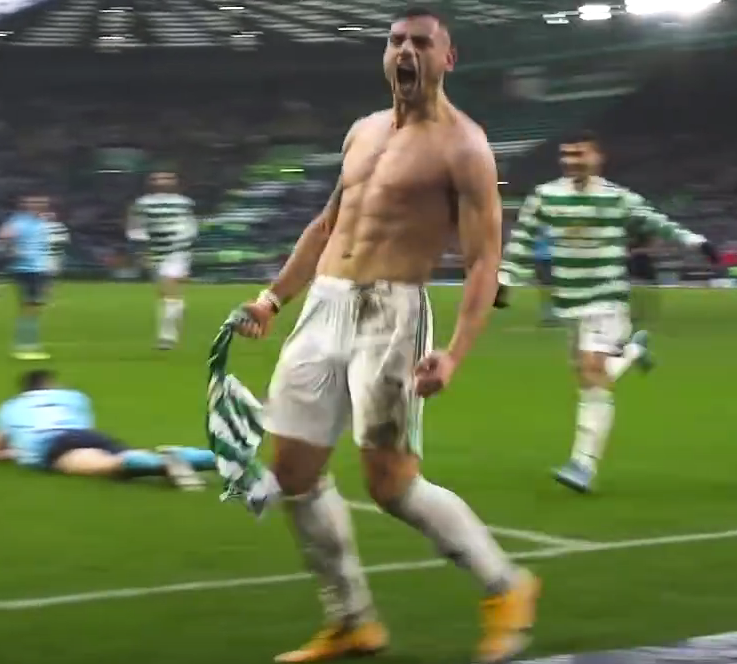 DELIGHT…Giorgos Giakoumakis celebrates his hat-trick and Celtic’s winning goal in the 3-2 triumph over Dundee in Glasgow last month.

As well as failing to score in Glasgow, the Hoops were rocked 1-0 on their hosts’ dodgy plastic pitch the previous month.

Speaking of Giakoumakis, Postecoglou told the Daily Record: “He is fine. I made a decision on Wednesday that it was best not to push him, we had some options.

“He trained on Thursday with the guys who weren’t playing and then trained fully today.

“No-one came out with anything from the game, so it’s the same sort of squad plus Giorgos.”

Giakoumakis, who arrived in August following a £2.5million switch from Dutch monnows VVV-Venlo where he ended the season as the Eredivisie’s top marksman with 26 goals, has claimed seven strikes in his 19 appearances for the Hoops.

His return to peak condition will give his boss the option of taking Daizen Maeda out of the firing line and playing him on the left flank or starting the Japan international on the substitutes’ bench.