ANGE POSTECOGLOU is refusing to rule out Giorgos Giakoumakis from Celtic’s Scottish Cup semi-final on Sunday, as CQN forecast at the weekend.

The Greek striker, who took his goal total to 13 with the second strike in the 7-0 win over St Johnstone at Parkhead on Saturday, hirpled off with a hamstring pull in the first-half to be replaced by Liel Abada.

Giakoumakis was written off prematurely by some sections of the media, but the Hoops manager is not among them and his in-form hitman will be given every chance of playing against Giovanni van Bronckhorst’s side at Hampden. 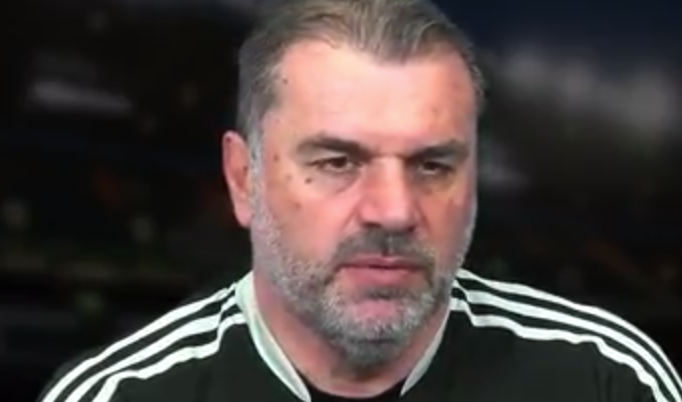 WAIT AND SEE…Ange Postecoglou will not rush his players back from injury. Image courtesy Celtic TV.

Midfielder David Turnbull, attempting to get a run of games after being sidelined for a lengthy period following his injury in the 2-1 Premier Sports League Cup Final win over Hibs at Hampden on December 19, is also battling to be fit for the crucial last-four confrontation.

The Scotland international was on the receiving end of a couple of hefty challenges from the Perth defenders and could barely walk at full-time. Like his team-mate, he is being assessed by the club’s medical team.

Asked about the situation regarding Giakoumakis, boss Postecoglou, speaking to Celtic TV, admitted: “Nothing concrete yet. Again, we’re still waiting for the final scans on it. 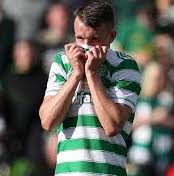 PEEK-A-BOO…David Turnbull is touch and go for Hampden.

“Similar with David Turnbull, he obviously got a pretty hard knock.

“It’s only a couple of days after, so we’ll see how it all settles down.

“With both, I’m hoping it’s not too lengthy an absence.”

The Hoops gaffer has already insisted he will not start with 16-goal talisman Kyogo Furuhashi who came on in the 74th minute against Callum Davidson’s men for his first appearance of 2022 following his persistent hamstring problem.