The Welsh international boss was hugely impressed when he watched the Celtic winger fire in a brilliant hat-trick in the 3-2 UEFA Nations League triumph over Israel at Hampden last week.

Giggs had previously taken note of Forrest after his double in the 4-0 win in Albania – the Hoops raider’s first goals for his country in his 25th appearance.

The Old Trafford great said: “I remember when Forrest came on the scene a few years ago he was billed as the next big thing and he’s clearly talented.

“I watched the Albania game and he was great. His goals were really impressive and then he did it again against Israel.

“He can be that player who can make the difference. When you have guys who take players on and make things happen, it just opens up the game completely.

“Gareth does that for us and perhaps Forrest could be the talisman Scotland are looking for.” 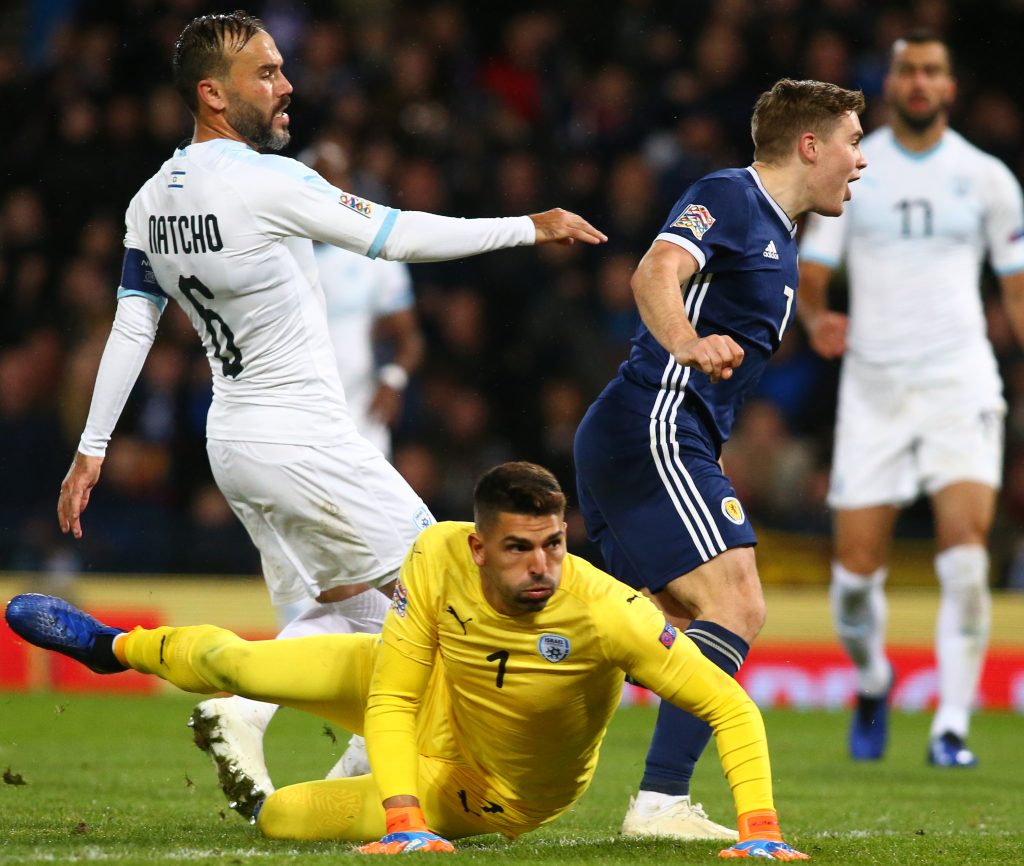 Bale has taken over the role as his country’s most important player and the Celt would welcome the opportunity to take the role with Alex McLeish’s side.

Any comparisons with the Welsh and Real Madrid superstar have been well earned by Forrest who has been flying since Brendan Rodgers arrived at Parkhead in May 2016.

The touchline terror hit 17 goals last season – a career high – and he has already claimed nine in this campaign, including his stunning four-goal first-half performance in the 6-0 victory over St Johnstone in Perth last month.