Celtic Quick News on News Now
You are at:Home»Latest News»GIULIANO SARTI, THE GOALIE WHO ALMOST STOPPED THE LIONS, HAS PASSED AWAY
By CQN Magazine on 6th June 2017 Latest News

GIULIANO SARTI, the legendary Inter Milan goalkeeper and the Man of the Match in the European Cup Final in Lisbon in 1967 has died.

Sarai, who was 83, faced 42 attempts at his goal and held out for an incredibly long period before goals from Tommy Gemmell, who passed away earlier this year, and Stevie Chalmers settled the final in Celtic’s favour.

However had it not been for Sarti it could have been a cricket score.

Football has lost another legend.  The thoughts and prayers of the Celtic family are with his family and friends at this sad time. 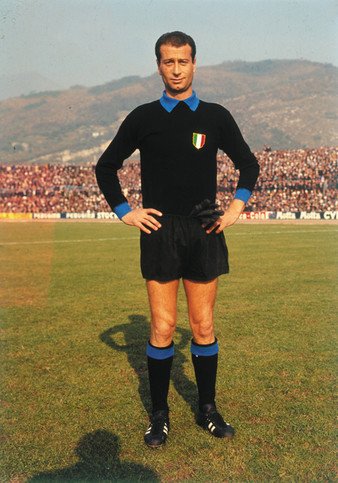 When Sarti entered Lisbon airport after the match he was given a standing ovation by Celtic fans who presented him with a Celtic scarf. 1/2 https://t.co/b23aiwhvZp