Celtic Quick News on News Now
You are at:Home»Latest News»‘GIVE DEFENCE TIME,’ GORDON
By CQN Magazine on 14th September 2015 Latest News
CRAIG GORDON has admitted the Celtic rearguard is in transition after losing three of their top defenders from last season.
The influential Virgil van Dijk has been sold to Southampton for £13million, right-back Adam Matthews joined Sunderland in the summer for £2million and Jason Denayer returned to Manchester City after completing his campaign-long loan. 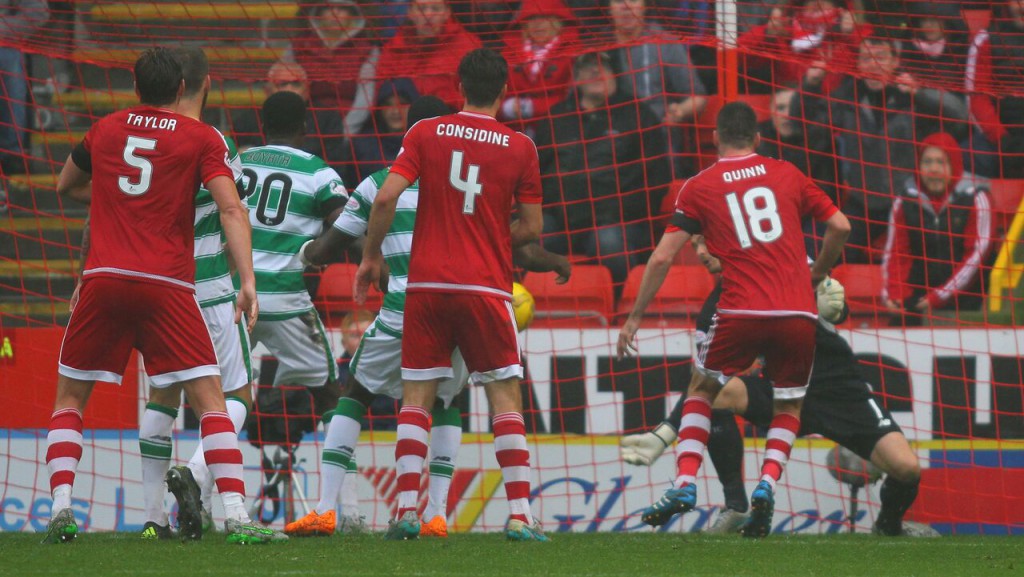 Defensive errors have already cost the Hoops a place in the Champions League group stages after their inability to defend corner-kicks that brought Malmo three of their four goals in the Swedes’ 4-3 aggregate victory in the final qualifier.
And Aberdeen scored a late winner at the weekend when the defence couldn’t cope with a long free-kick that saw Gordon crtiicised for remaining on his line when Paul Quinn scored from only six yards. Boss Ronny Deila also had a go at three of his static defenders who didn’t help out their keeper.
Centre-half Dedryck Boyata, bought for £1.5million from Manchester City, has failed to convince early in his Parkhead career and Tyler Blackett, on loan from Manchester United, will need time to settle in after a poor debut performance at left-back against the Dons at Pittodrie.
Hoops fans are hoping deadline-day signing Jozo Simunovic, a £5.5million buy from Dinamo Zagreb, will help steady the rocky back lot.
Gordon says: “We’ve lost Virgil, as well as Jason and Adam, from last year. There will be a transition in defence and it will take time.
“There are a few changes, but we’ll settle on a back-four at training in the coming weeks and we’ll get to know each other.
“We’ve brought in good quality players, so, hopefully, it won’t take too long. We have big games coming up in the league and in Europe, so we need to bed in as soon as possible and I’m sure we’ll do a lot of work on it in the next few weeks.”
Ajax in Amsterdam on Thursday night will be another stern test for the defence and Gordon and Co will have to be at their best if Celtic are to produce an acceptable result.
Click Here for Comments >
Share. Twitter Facebook Google+ Pinterest LinkedIn Tumblr Email
Previous ArticleDUTCH POLICE TARGET AJAX HOOLIGANS
Next Article ‘NO CRISIS,’ SAYS GARY MACKAY-STEVEN