NEIL LENNON has branded comments from Kris Boyd “idiotic” after the media pundit’s claims that there are no great players in Scotland.

The Celtic boss hit out at the former international striker as he launched a stirring defence of the standard of performers in the Premiership.

Lennon insisted it was “folly” for for the Sky Sports match analyst to make such wayward remarks on the qualities of stars north of the border.

Asked for his thoughts on the ongoing debate about the comparative merits of frontman Odsonne Edouard  and Alfredo Morelos, the Hoops gaffer, speaking to the Daily Record, answered: “They are great players, each different in style and bring a lot of quality to both teams. 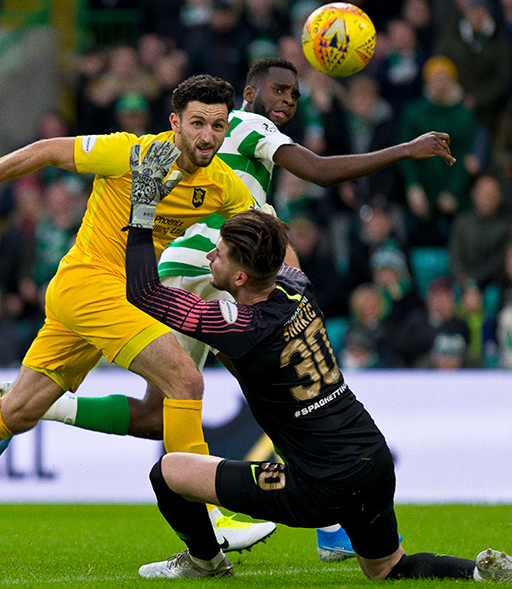 “Fans will compare. Young fans, old fans, that is what all supporters do when there is a rivalry. I don’t mind that at all.

“We have more than two top players in the country. They are two excellent forwards and are the ones that make a difference, I suppose.

“It depends how you define great. If he [Boyd] is comparing everyone to Messi and Ronaldo then…

“But Virgil van Dijk played in Scotland not so long ago. Do we have a Kevin de Bruyne or an Eden Hazard? Maybe not. But did we ever have great players at that level? Maybe Henrik Larsson.

“Listen, we had Virgil and can we go and create more great players along the way? Of course we can. I think it’s an idiotic statement to make.

“Give me £50million and I’ll bring in a load of players here and we’ll see what we can do with them. We have to create our own monsters again.

“But how do you compare them? If you put them in the Premier League would they thrive in it? No question. 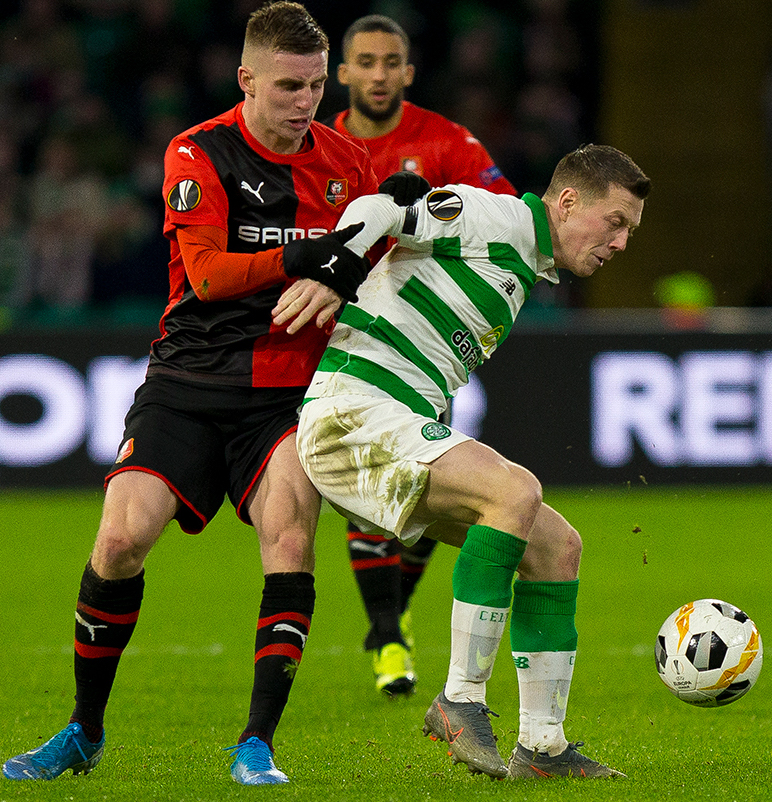 FRENCH FANCY…Callum McGregor turns it on against Rennes.

“McGinn already is. Callum would, James Forrest would, Andrew Robertson is a great player who was playing here in Scotland three or four years ago.

“It’s folly and doesn’t make a lot of sense to say these things. I get that pundits like Kris have to be controversial and make these sort of statements, but it just doesn’t wash with me.

“Whether it’s petty jealousy or something? I don’t know.”

Lennon has backed the Scottish game all the way and has admitted he is enjoying the title race between the champions, going for their ninth crown in succession, and Steven Gerrard’s Ibrox side. Both are in action tonight with Hamilton Accies visiting Parkhead while the Govan outfit head for Pittodrie and a meeting with Derek McInnes’ Aberdeen.

The Irishman added: “The English Premier League is over. It’s the first week in December and it’s already over.

“Here we have a title challenge on.”

* DON’T miss the unbeatable match report from Celtic v Hamilton Accies this evening – only in your champion CQN.