Celtic Quick News on News Now
You are at:Home»Latest News»GOOD TO TALK: ELYOUNOUSSI THANKS STU
By CQN Magazine on 21st November 2019 Latest News

MOHAMED ELYOUNOUSSI has revealed the part Stuart Armstrong played in his loan move to Celtic.

The Morocco-born Norwegian international left-sided raider agreed a season-long switch from Southampton in the summer.

Elyounoussi was frozen out at the south coast club by Austrian boss Ralph Hasselhuttl after his predecessor Mark Hughes had paid £16million to land the player from Swiss outfit Basel in June last year.

Armstrong, who arrived at the Hoops in a £2million double deal along with Gary Mackay-Steven from Dundee United in January 2015, joined the Premier League outfit around the same time in a £7million deal.

Elyounoussi, who has been named the Premiersip Player of the Month for October following some stand-out performances for Neil Lennon’s side, told the Daily Record: “I spoke to Stuart, of course, as we’re team-mates at Southampton and he was able to tell me things that I didn’t know about the club.

“He told me so many good things about Celtic. And it was perfect that he sat next to me in the Southampton training ground dressing room.

“Of course, I had spoken with Kris Ajer about Celtic, too, so I had a good knowledge of what I was coming into.

“I feel Celtic have brought my confidence back. I’m scoring goals and I’m really happy.

“I expected to do well. I came up here to help the team to create chances and score goals to help them win games.

“So, I’m not surprised. I know the quality I have and I think the manager knows that, as well. 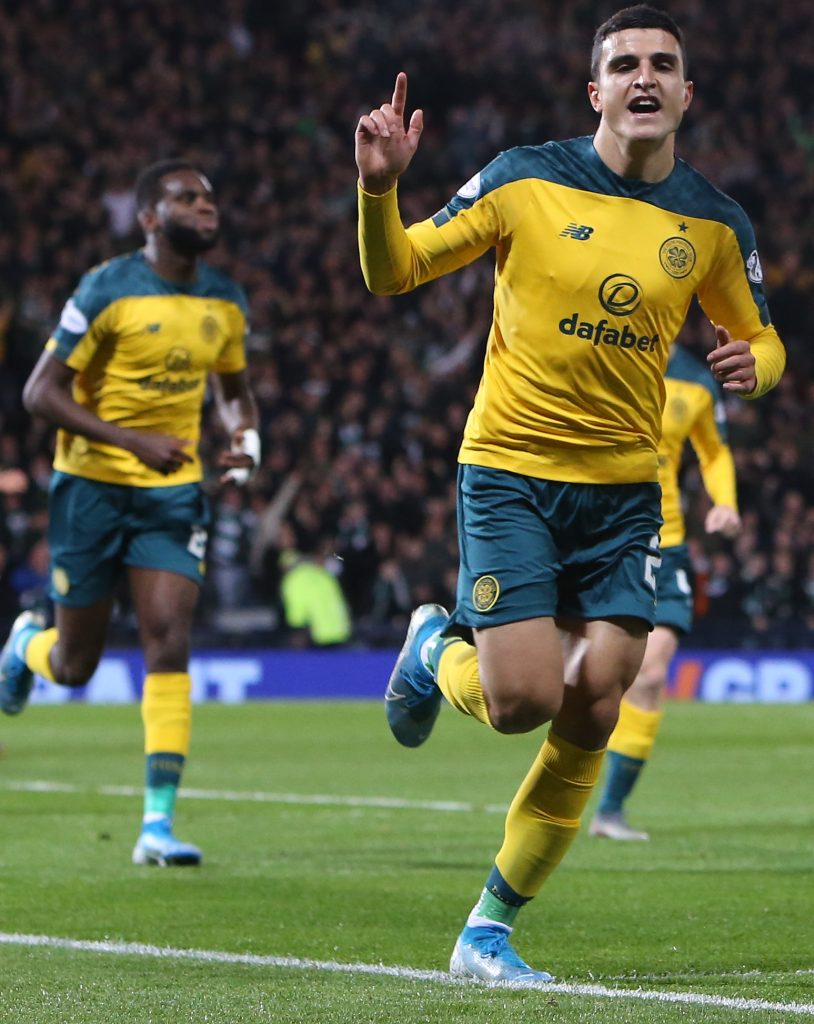 “So, with his belief and trust in me and the help of the coaches, too, I feel I am bringing what I can to the team.

“I’ve scored seven goals so far and I’m happy with that, but I feel I could have scored even more.”

Elyounoussi created a stir when he was sent home by the Norwegian national team with an injury last week and is likely to miss the visit of Livingston on Saturday, but should be ready for the Europa League Group E encounter against Rennes at Parkhead a week tonight.

The pacy 25-year-old forward added: “I actually picked up the injury a couple of weeks ago against Hibs in the League Cup semi-final.

“Then I had to go with the national team and it didn’t really have enough time to heal.

“So, we had a look at it and it was decided I needed a rest. But I think it will be all right.

“The League Cup Final is a chance to win some silverware early in the season and I can’t wait for this game.  I watched the first Old Firm game of the season and the atmosphere was amazing.

“It’s something I really want to experience, so I’m really looking forward to this game.”