CRAIG GORDON has admitted he and his Celtic team-mates realise they face the CHOP if they don’t improve.

Brendan Rodgers, clearly frustrated at the 2-0 collapse against Hibs at Easter Road yesterday that saw the champions drop to third in the table, didn’t attempt to shirk his responsibility, as CQN reported yesterday.

The Hoops boss has admitted he squad needs two more strikers and other players in different positions as he prepares for a swoop in the January sales in a bid to get the team back on track after three Premiership defeats in this campaign.

Celtic gifted Neil Lennon’s eager and enthusiastic Edinburgh outfit two goals – one in only 46 SECONDS – as dodgy defending plagued the 90 minutes in Edinburgh.

Gordon, who was left totally exposed at both goals with players in front of him going AWOL, said: “It’s up to the manager to decide what he wants in his squad and the positions we have to improve on.

“The guys have to step up and make sure they’re in the manager’s plans, especially leading up to January.

“It’s up to us to make sure our performances are good because, at a club this big, if they’re not up to scratch for a period of time then you can get replaced.
“We have to work hard enough to stay in the team and deliver the results the manager, the club and the fans want. 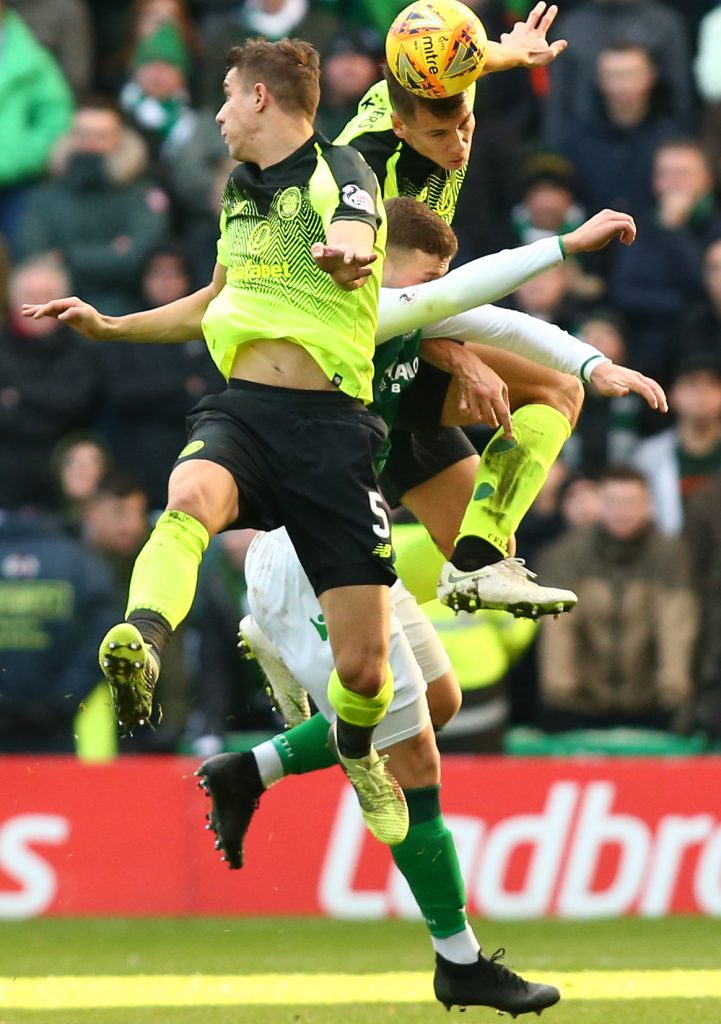 “Do I expect him to be busy in January? I don’t know what his plans to bring players in are.

“I think he will want to do that, but we’ll have to see what happens. We’ll see who comes in and who goes.

“Then we have to start the second half of the season looking to go on a run again.

“We go into every game trying to win it, but you have to win the battle and fight every single week.

“To play the way we want to you have to win those battles first and when you don’t do that, you see what happens.

“The league is strong, there are a lot of teams capable of winning games.

“You probably only have three teams who are down at the bottom and the rest are all capable of taking points from the big games.

“Even last weekend, Dundee took a point from Rangers, so the bottom clubs are even starting to pick up points.

“The league is tight all the way through, so it’s tough, and we have to get back to working hard enough to earn the right to win points.”

This is the second time the Hoops have slipped up in the Capital this term following their disappointing 1-0 loss to Hearts at Tynecastle in the second league game of the programme in August.

Their other defeat came against Kilmarnock at Rugby Park in September when former Celts prospect Stuart Findlay headed a stoppage-time winner in his side’s 2-1 triumph.