CELTIC keeper Craig Gordon is ready to return to action – a fortnight ahead of schedule.

The Scotland international No.1 suffered a knee injury during the 1-0 win over Hibs on January 27 and was originally ruled out for 12 weeks.

However, Gordon has stepped up his rehabilitation at Lennoxtown and Hoops goalkeeping coach Stevie Woods reckons the shotstopper will be available again sooner rather than later.

He said: “Craig should be two to three weeks to be back into the first team squad and have the possibility to be selected.

“He is back in on the training field doing conditioned goalkeeping just now, not full sessions.

“However, he will start that with me when I got back next Wednesday (from Scotland international duty) and that should be the start of his final end stage rehab.

“Obviously, when you get injured, the first thing you think ‘is the season over?’ and the answer straight away was ‘no’.

“It was a new and unique injury to the knee and it doesn’t have any sort of bearing on anything that went before which means it is very simple for them to fix it.

“Initially, he was given a 12-week prognosis and it is looking like he will be back between nine and 10 weeks to full training and available for selection, so well done to the physios and the doctors who have been involved and got him back a couple of weeks early.” 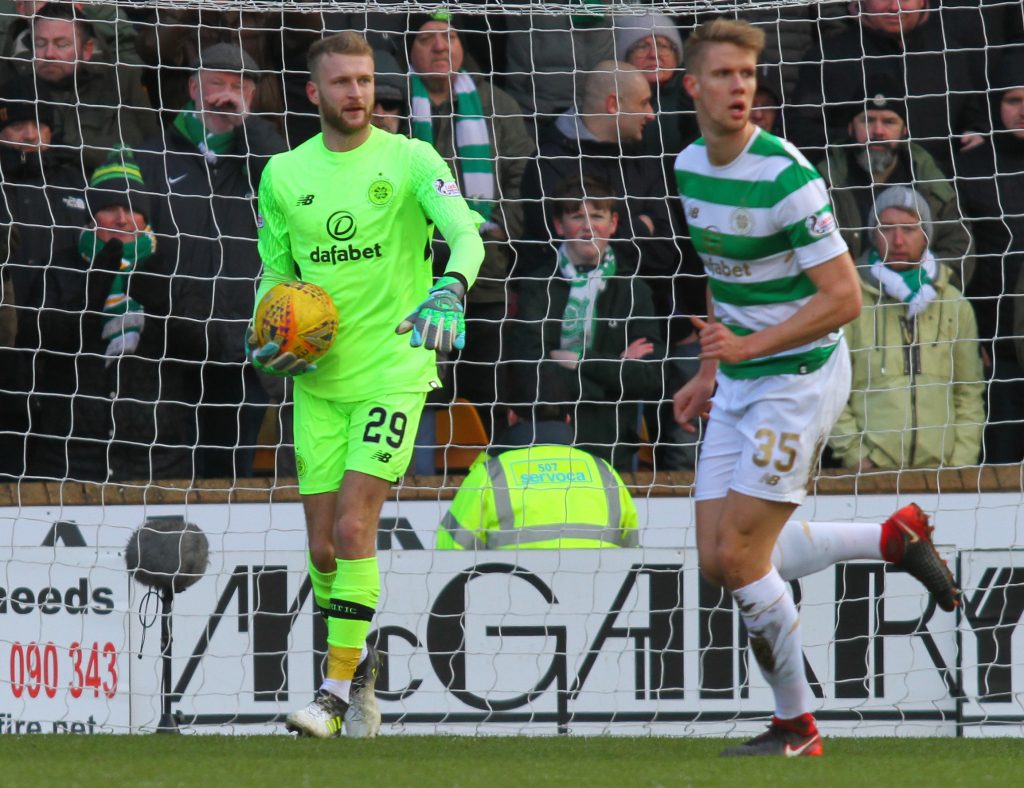 LOAN STAR…Scott Bain has been impressive in his two outings with Celtic. Kristoffer Ajer provides the cover in this instance.

Brendan Rodgers made an emergency loan swoop to sign Dundee’s Scott Bain as cover for Dorus de Vries while Gordon was sidelined.

But the agile last line of defence, who is a free agent in the summer, made a dramatic and impressive debut in the 3-2 win at Ibrox following the Dutchman’s ankle injury sustained in training 24 hours earlier.

Bain remained in position in Sunday’s goalless draw against Motherwell at Fir Park while De Vries was on the substitutes’ bench.

Now Rodgers has to make a decision whether to make the move permanent.

Bain, at 26, is nine years the junior of Gordon and 11 years younger than De Vries.