CRAIG GORDON is ready to battle glove rival Allan McGregor for the Scotland No.1 shirt against Belgium at Hampden at Friday.

The Celtic keeper missed the two-game tour of Peru and Mexico in the summer due to injury, but the Ibrox veteran had played in the two previous games against Costa Rica and Hungary.

So, Alex McLeish now has the problem of choosing between Gordon and McGregor for the meeting against the nation that took third place in the World Cup Finals in Russia this summer.

The 35-year-old Hoops shotstopper said: “We have quite a young squad now, but we’ve got a couple of old-timers still at the very back of it.

“We came through Edinburgh schoolboys together at 14 and 15, playing against each other.

“He’s a year older than me. I’ll just mention that again now, make sure everybody knows! 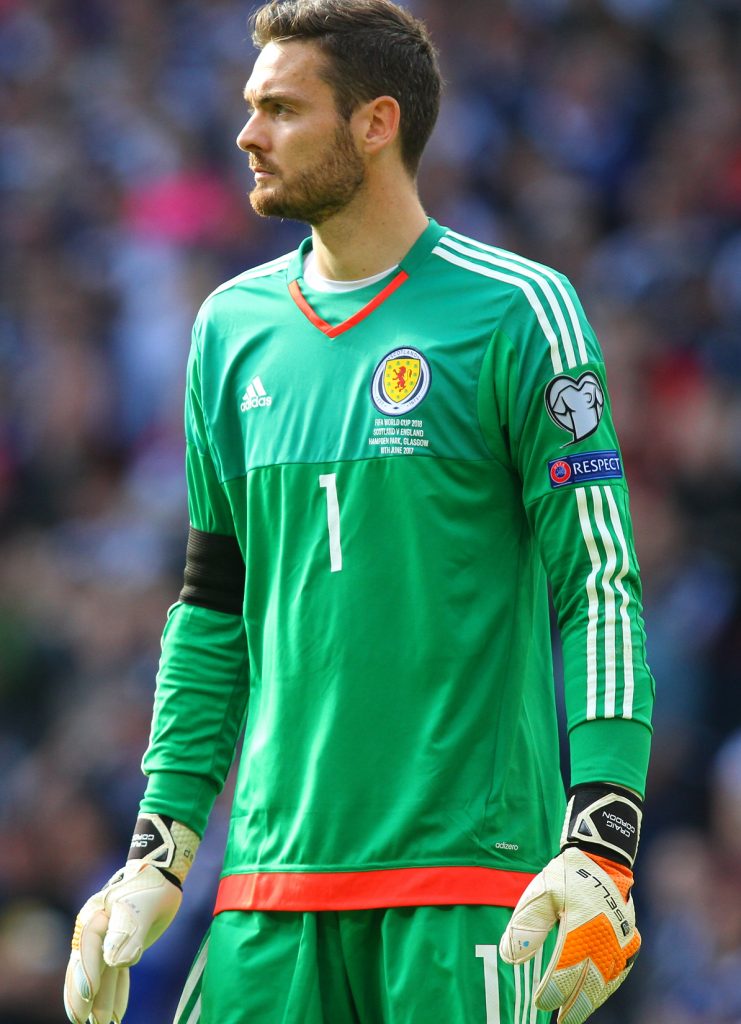 “Talking to Allan this morning I was asking him how the body was holding up, swapping stories about how we’re both managing to keep going.

“Of course, I could admire his performance on Sunday. He had some good saves.

“We probably deserved a few more goals, maybe should have taken some of the other chances we created, such was the dominance we had. But you expect that from him, to pull off those types of saves. He kept the score down.

“There is always going to be that comparison drawn between us after these derbies. But the two teams play in different ways, there are different attributes needed.

“I have to concentrate on what my manager wants me to do and play the way he wants me to play. You just deal with what you have to do. It might be one save, it might be five or six.

“The challenge of not having much to do can sometimes be harder. When I was at Sunderland and Hearts I remember thinking that was a myth. I’d think: ‘How could that possibly be? Surely pulling off five or six saves is harder?’.

“But it’s not until you are actually doing it, you realise how difficult it is to keep that concentration. I have spoken to some previous Celtic keepers about it and they agree. 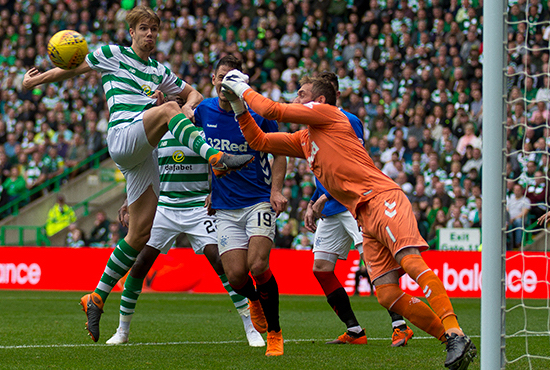 MAC THE STRIFE…Allan McGregor in the thick of the action with Kristoffer Ajer piling on the pressure.

“You are standing about for long periods and it’s difficult to keep yourself active and loose. When you are in the game all the time you find a rhythm and you are making save after save. I did expect to be busier on Sunday, but that wasn’t the case.

“There will be times this season when Allan won’t have a lot to do in games. It just so happened he had a bit of work before this international break.

“So, maybe he will need a rest for the next two games!”

International gaffer McLeish, of course, could give Gordon and McGregor a half each against the Belgians, but he will be looking for a settled No.1 when the UEFA National League kicks off against Albania at the national stadium on Monday.

The Parkhead star added: “The rivalry doesn’t change our relationship. We respect each other as goalkeepers. We have had good careers and we respect what we have achieved in the game.

“There has never been bad blood or animosity between us. I don’t consider anyone as being in possession of the jersey. You have to take it one game at a time at international level.

“There is a new manager and you just don’t know. But I’ve been happy with my form this season.

“I haven’t had a great deal to do, but what I have, I have dealt with fine. I’m feeling good, my body’s in good shape, so I’m ready to go if called upon.”