CELTIC keeper Craig Gordon can sense another special European night under the floodlights at Parkhead coming up this evening.

The Hoops take on RB Salzburg and are 90 minutes – and a draw or a win – away from guaranteeing a place in the Europa League knock-out stages next year.

The Austrians have already qualified from Group B with five successive victories, including a 3-1 success over Brendan Rodgers’ men in October.

They will arrive for the encounter in the east end of Glasgow with the formidable record of 24 wins and four draws from their 28 competitive outings in this campaign.

Gordon watched his team-mates stick five in the Kilmarnock net at the weekend where he was beaten just once following a dodgy penalty-kick decision which was thumped home by Eamonn Brophy. 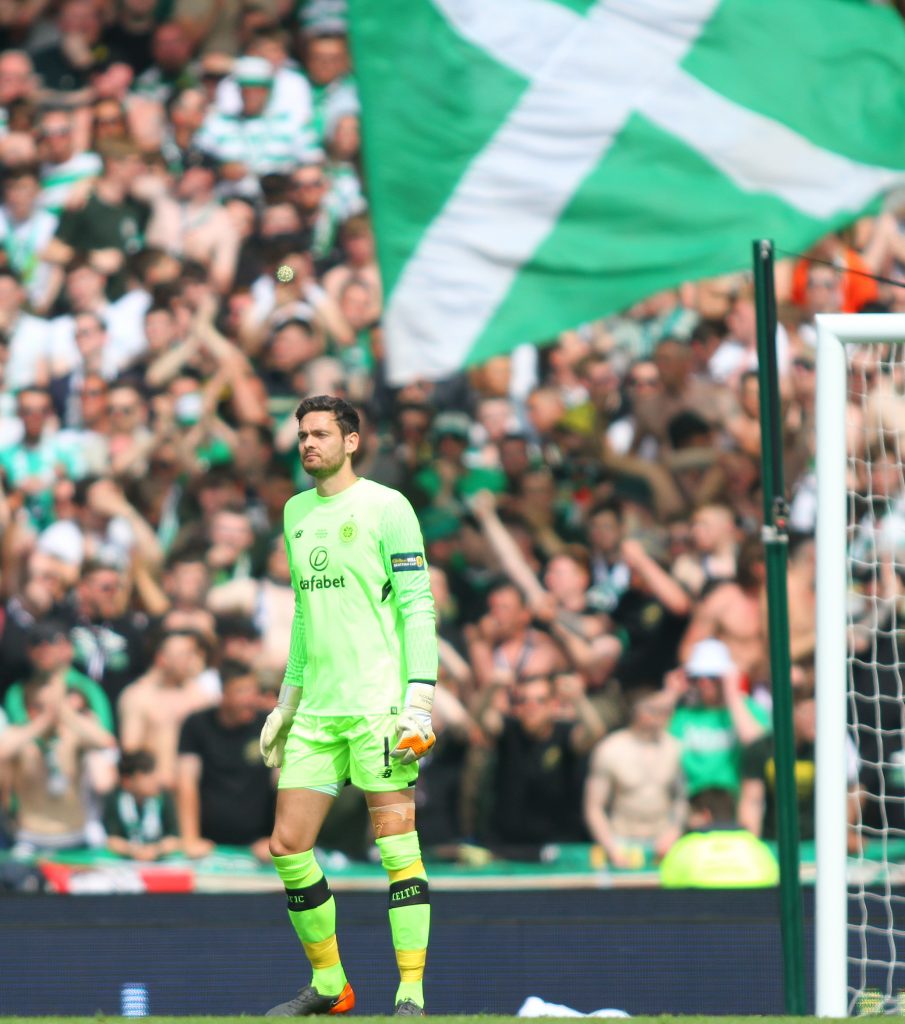 FAN-TASTIC…Craig Gordon with the Celtic support backing him and his team-mates. Pic: Geo.

But the experienced No.1 knows a clean sheet on this occasion will be enough to get the champions into the last 32 of the competition.

The Scotland international shotstopper, who will celebrate his 36th birthday on Hogmanay, said: “We’ve been getting better and better and scoring five goals has improved everyone’s confidence.

“We’re playing well and we know we can thrive on big European nights at Parkhead and make it a difficult test for them.

“If it’s an open, entertaining affair and if it finishes 2-2, so be it – at least we’ll be through. But I don’t think we can play for a point. Things can change as the game progresses, but we’ll be going out to win.

“It would be a huge achievement to get through. When everyone saw the group I think a lot of people probably feared for us.

“We’ve still got a massive task and it’s going to take a huge effort to try to get what we need to get through, but we’ve given ourselves that opportunity.

“Let’s hope we can go and finish that off.”