The Belgian international hadn’t played for the Hoops since the 2-0 Scottish Cup Final triumph over Motherwell on May 19.

However, after intense speculation about the 27-year-old’s future, manager Brendan Rodgers re-introduced him to the line-up against Hamilton Accies – and the centre-back claimed the only goal of the game at Parkhead.

Before kick-off, there was a banner in the Green Brigade section of the stadium which proclaimed: ‘Boyata – not fit to wear the jersey’.

There was a mixed reception for the former Manchester City player who has 10 months to run on his current contract and who failed to make the crucial European trips to Greece and Lithuania this month.

Goalkeeper Gordon, though, raced the length of the pitch to congratulate his controversial colleague after his 63rd-minute points-clincher.

He said: “Whatever happens off the pitch we are 100 per cent together on it. I just wanted to show we are absolutely together and fighting for each other and that was just a little show of that. 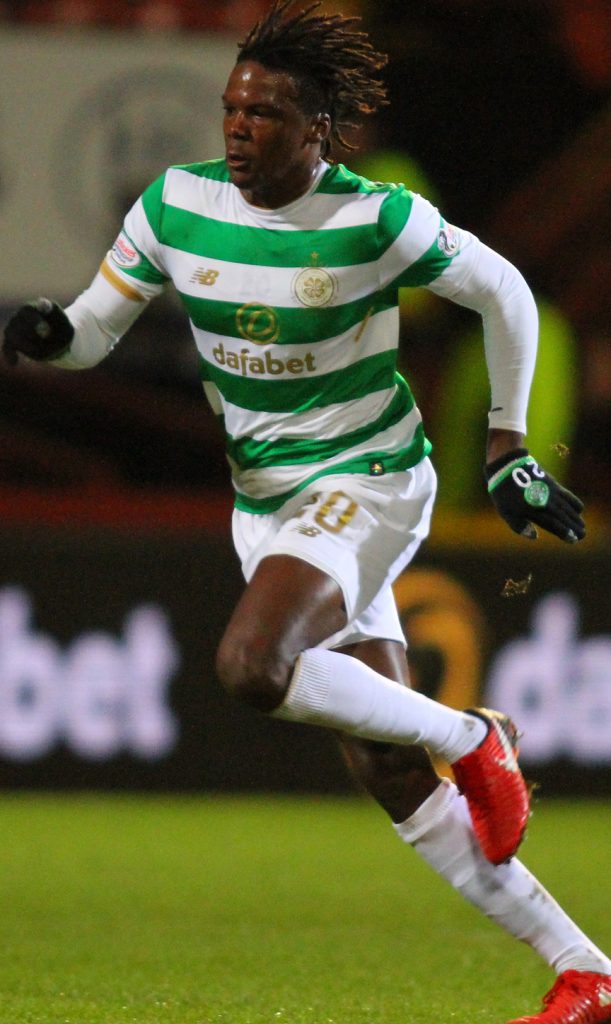 COMEBACK BHOY…Dedryck Boyata has the backing of his team-mates. Pic: Geo.

“I am sure he will be delighted with his goal, but, more importantly, his defensive work was outstanding.

“We have been struggling for clean sheets of late, which is unlike us.To get back to that and looking solid was what we wanted. After the first 20 seconds we didn’t look in any danger.”

The champions had their first shut-out in seven games while Gordon made a remarkable save to deny Accies’ Mikel Miller right at the start.

Now the focus is on the Europa League play-off second leg against FK Suduva on Thursday night in the east end of Glasgow where the defence will have to keep a sharp focus throughout.

It is going to be an interesting week for Boyata, who was the subject of a failed £9million bid from Fulham before the Premier League deadline passed on August 9.