CRAIG GORDON has promised to battle Scott Bain for the No.1 jersey at Celtic AND Scotland.

The 36-year-old keeper has not played a first team game in 2019 after his performance at Ibrox late in December.

Bain came in when the campaign resumed with a Scottish Cup-tie against Airdrie at Parkhead and the former Dundee shotstopper has been there ever since, making 15 consecutive appearances.

On top of that, the 27-year-old goalie has taken over the gloves for Scotland and played in the recent 2020 Euro qualifiers against Kazakhstan and San Marino.

Gordon was not part of Alex McLeish’s squad due to a knee injury that has kept him out of the last two Hoops pools, but he admitted he is still desperate to add to his 54 caps. 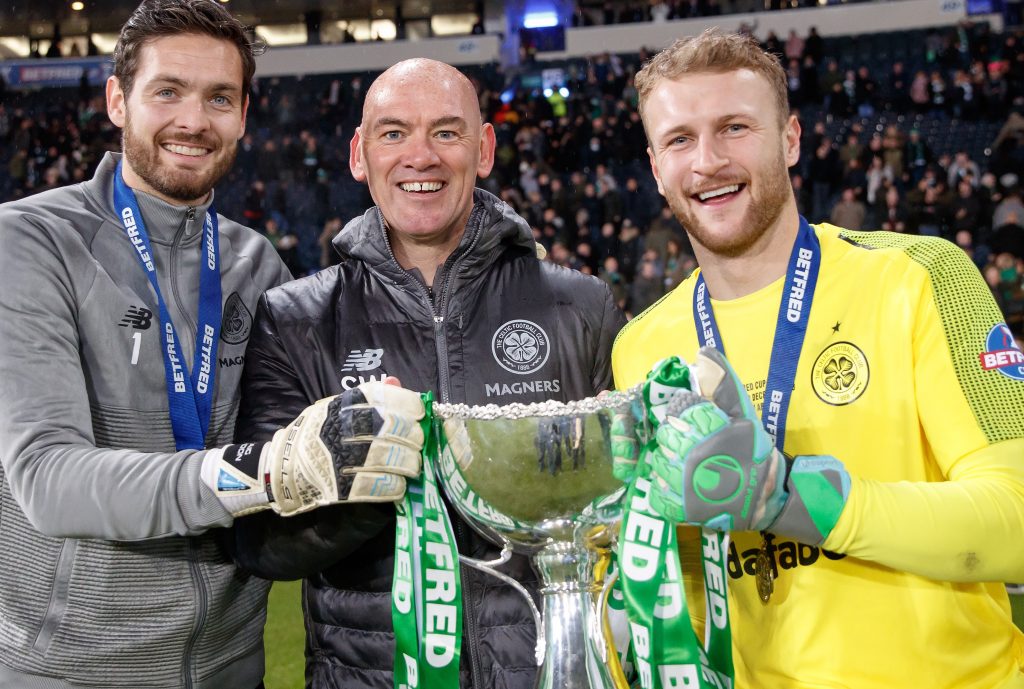 The former Hearts and Sunderland star, speaking to the Sun, said: “Scott has done very well since the turn of the year.

“The Kazakhstan game was the first time it hadn’t been myself, Allan McGregor or David Marshall to play in a competitive arena.

“It’s a bit of an end of an era in terms of us three dominating over the last 14 years.

“But Scott’s come into the Celtic team and hardly put a foot wrong. He deserved his chance to go in there.

“But I’m hopeful I might get back there yet. There are a few injuries at the moment.

“Hopefully, I can get back in and challenge him at Celtic and for the international spot, as well.”

Gordon is a doubt for the visit of Steven Gerrard’s Govan outfit on Sunday where Bain is a certain starter.

Interim manager Neil Lennon will turn again to veteran Dutchman Dorus de Vries as stand-by if the experienced campaigner is still being troubled with the problem.