CRAIG GORDON admits he would love to be in the Celtic goal when the holders take on Aberdeen in the Betfred League Cup Final at Hampden on Sunday.

Brendan Rodgers, though, has kept his word to understudy Scott Bain who has played in the three previous games in the competition and the former Dundee keeper has been given the nod to line up against the Dons.

Gordon, fresh from a clean sheet in last night’s 1-0 Europa League success over Rosenborg in Trondheim, had hoped the Hoops boss would change his policy.

The 35-year-old Scotland international No.1 sat out the matches against Partick Thistle (3-1), St Johnstone (1-0) and Hearts (3-0) as Rodgers’ men marched through to play in their third successive Final in the competition, beating the Pittodrie outfit (3-0) and Motherwell (2-0) in the other national stadium showdowns. 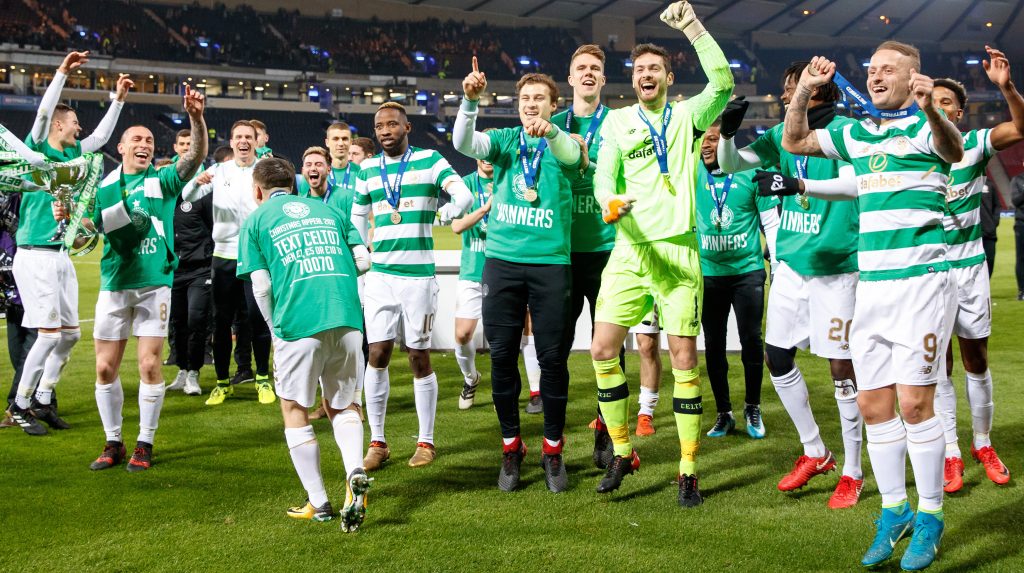 Although he is disappointed to be on the substitutes’ bench at the weekend, Gordon insisted he will do what he can “behind the scenes” in the team’s bid for a seventh straight domestic trophy during the Rodgers regime.

The shotstopper said: “I would have loved to be out there, but it’s the manager’s decision.

“He has given Scott every other round and he has decided to stick by him for this one. That is the way it goes. Sometimes managers do change for the Final, and sometimes they don’t.

“Scott is a very good goalkeeper. It will be a new thing for him to go out and play in that game. But certainly from everything I have seen, he is very capable of handling that and performing well.”

Gordon added: “The manager made the decision early enough for me to know that, no matter what happened last night, that was going to be the case.

“It wasn’t a performance-based decision. It was something that was going to happen regardless.”