KYOGO FURUHASHI has been able to totally focus on scoring goals for Celtic and Japan – thanks to the Parkhead club’s medical staff.

The fans’ favourite – an instant hit since his £4.6million summer arrival – hobbled off with a knee injury while playing for his country in their 1-0 World Cup qualifier win over China at the start of last month.

It was expected the striker would be sidelined for at least six weeks, but the 26-year-old forward made a surprise early return in the Europa League Group G confrontation against Bayer Leverkusen a week ago today.

He scored his eighth goal of the campaign in the 2-1 victory over Aberdeen at Pittodrie on Sunday, the Hoops’ first triumph away from home in domestic competition since a 2-1 success over St Johnstone in Perth on February 14. 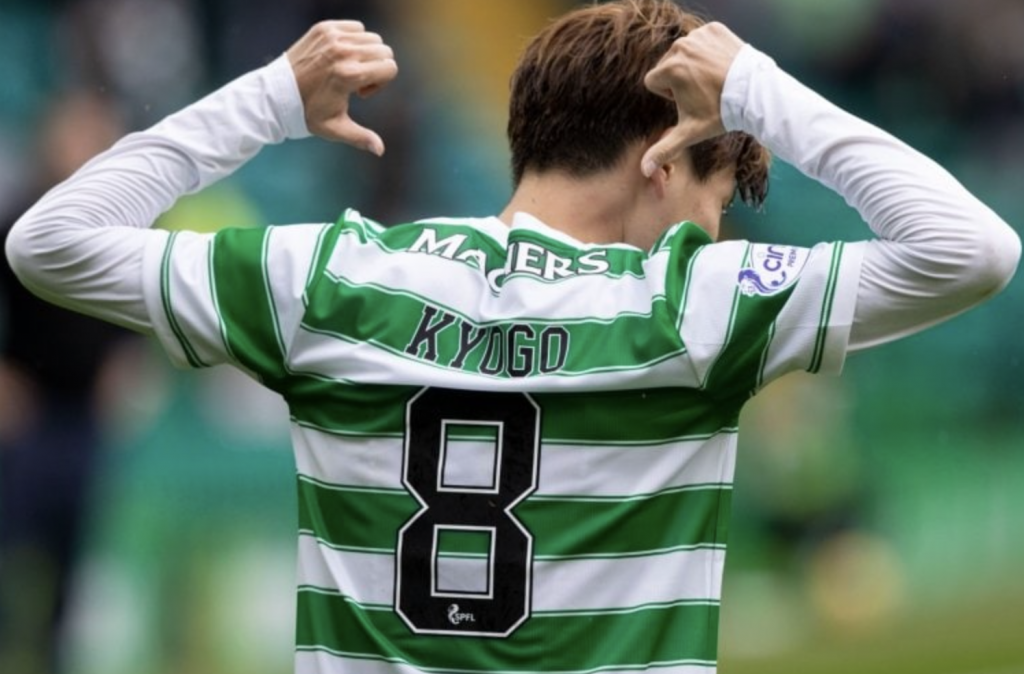 NUMBER EIGHT…Kyogo Furuhashi claimed his eighth strike of the campaign in the 2-1 win over Aberdeen at Pittodrie.

His lively performance against the Bundesliga club was not reward with a strike, but his movement could have delivered a hat-trick if fortune had smiled in his direction.

He is now with his nation for the crucial Qatar 2022 double-header against Saudi Arabia and team-mate Tom Rogic’s Australia.

And then he will train his thoughts on Motherwell at Fir Park a week on Saturday as Ange Postecoglou’s men resume their points-collecting quest.

A thankful Kyogo, who missed five Hoops outings, said: “There is no problem at all now with my knee.

“And for that I must thank the people at my club for their co-operation and support so that I have been able to return quickly.

“I am grateful for them.” 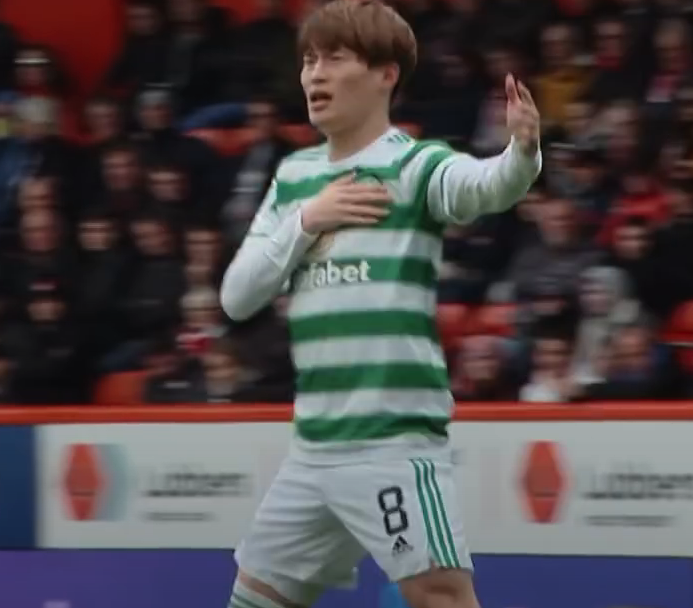 YOU’RE IN MY HEART…Kyogo Furuhashi celebrates his goal at Pittodrie. The Dons fans don’t seem so enthusiastic.

The pacy frontman, speaking to the Daily Record, switched his attention to the World Cup and added: “I know there has been a lot of talk about what is my best position for Japan. In my opinion, it’s important not to just stick to a fixed position. If you can play your own way and do your own thing, it can be good for the team.

“What matters is not where I play, but winning with Japan in two very important games for us.

“I enjoy this kind of pressure. I can only hope I can contribute to the team by doing the best I can and playing well.

“Hopefully, it will help us go a long way to qualifying for the World Cup.”