Celtic Quick News on News Now
You are at:Home»Latest News»‘GREAT TO BE BACK,’ GRIFF
By CQN Magazine on 22nd July 2019 Latest News

The Celtic striker kicked the ball in competitive action in 2019 during his cameo appearance as he replaced Odsonne Edouard with the Hoops cruising through to the next stage on a 5-2 aggregate.

Griifiths posted on Instagram thanking everyone who helped him through a difficult time as he battled to overcome personal issues – and to express his sheer delight to be back in action and wearing the hoops. 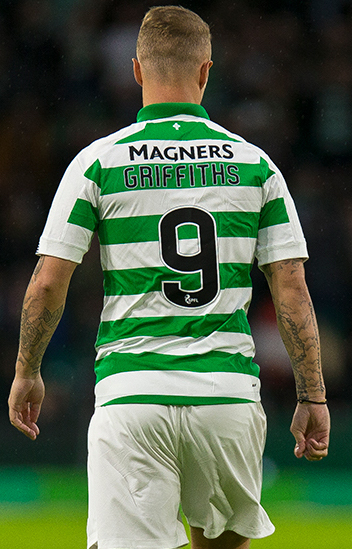 The 28-year-old Scotland international forward thanked his girlfriend, family and colleagues as he said: “What a feeling, walking back out on to the pitch after a difficult spell off.

“Great to be back in amongst it again and the reception I got was incredible.

“Someone said to me “after the darkness, there will be light” they promised me It!

“I didn’t believe them, but that person was right.

“Thank you, everyone, for the support, from Caitlyn Melville to my family, very close friends, Celtic FC and my team-mates.” 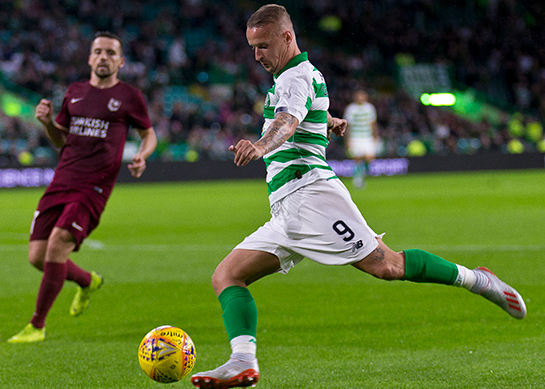 WELCOME HOME…Leigh Griifiths lines up a shot at the Bosnians’ goal.

Griffiths scored his 100th goal for the club against FK Sudova on August 30 as they won 3-0 to book a place in the Europa League after the disappointment of going out of the Champions League.

Remarkably, that was one of only six strikes for the Hoops last term, the final counter coming from a free-kick in a 3-0 victory over Hamilton Accies on November 24.

Now the eager frontman is out to make up for lost time.