CELTIC’S Premier Sports League Cup Final against Hibs at Hampden on Sunday has been given the green light by the Scottish Government.

However, the Premiership match against Covid-hit St Mirren, due for Paisley on Wednesday evening, is in danger of being postponed.

Ange Postecoglou remains 90 minutes away from his first piece of silverware as Hoops manager after the 3pm weekend showdown against the Edinburgh side was sanctioned to go ahead as scheduled.

First Minister Nicola Sturgeon has spared Scottish football for now – but told fans to think twice before heading out to games as soaring coronavirus figures hit their highest-level ever in the UK. 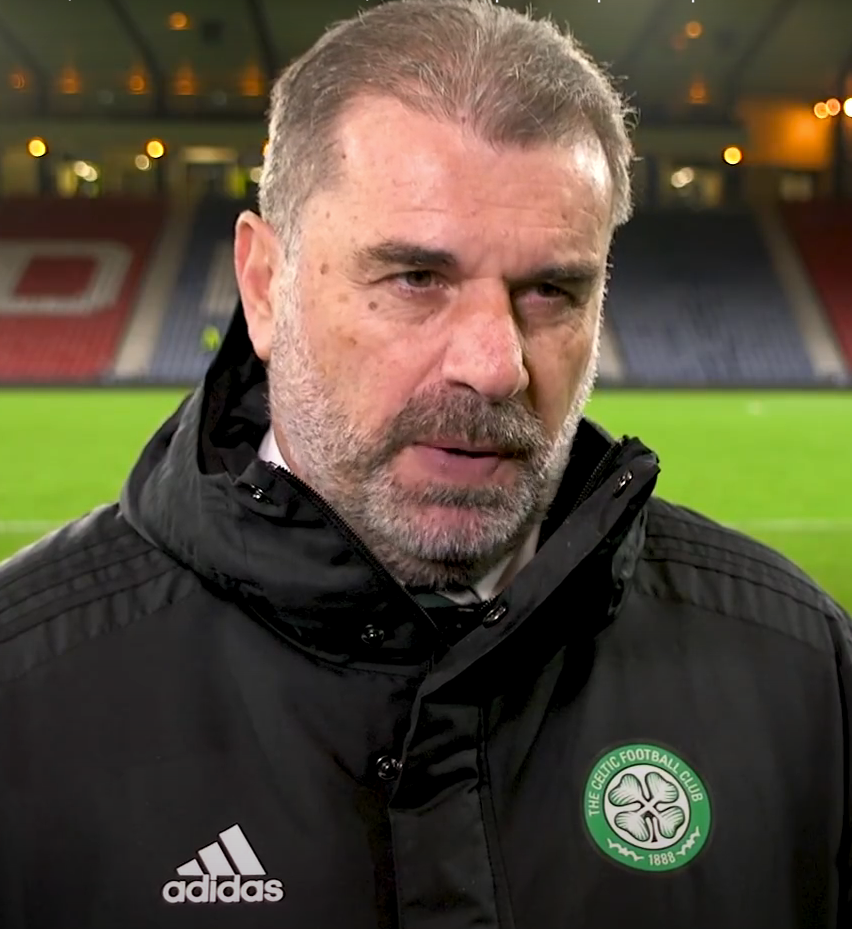 The Omicron variant of the virus has wiped out half of this weekend’s English top-flight league fixture list with managers such as Newcastle’s Eddie Howe calling for a pause in the season, a plea backed by Livingston’s David Martindale.

Sturgeon refused to directly address the 50,000 supporters due at the national stadium or Ibrox 24 hours earlier and, according to a report in the Daily Record, said: “My advice to people right now is please limit your social interactions, whatever that would normally be. Limit them as much as you can.

“I’m not doing this lightly, I’m asking people in the run-up to Christmas to stay at home as much as they can and much more than normal.

“Had we financial support mechanisms in place that were in place earlier in the pandemic, I would be more able to give straightforward advice to events, and say: ‘Don’t let these events go ahead right now’. I can’t do that when I can’t compensate people.

“All I can do right now is ask people to modify their own behaviour.

“My message to everybody is think very carefully about every interaction you’re having.”

Omicron has ripped through Scottish clubs with St Mirren and Dundee United confirming outbreaks among their squads.

Questions still remain over the New Year derbies with Celtic taking on Giovanni van Bronckhorst’s Ibrox club in the east end of Glasgow on Sunday January 2 and Hibs facing Hearts the following day.

The Paisley Saints have been hit by “a number” of positive Covid cases ahead of their midweek clash against the Hoops.

They have suspended training and are in consultation with the SPFL regarding upcoming fixtures.