GIORGOS GIAKOUMAKIS is gearing up for the green light from Celtic boss Ange Postecoglou.

The Greek goal grabber, who arrived in a £2.5million switch from Dutch outfit VVV-Venlo in the summer, is still waiting for his first start for the Hoops.

Giakoumakis, who fired in 26 goals last season for the struggling Eredivisie outfit who were relegated, has played for only 25 minutes after coming on as a substitute during the 4-0 flop against Bayer Leverkusen at the end of last month.

The powerhouse frontman, who is in the squad for this afternoon’s Premiership confrontation against Motherwell at Fir Park, has been working overtime at Lennoxtown during the World Cup double header.

Postecoglou has been impressed and told the Daily Record: “Giakoumakis is the one who benefited the most from the international break. He missed pre-season and the start of the season. Then he had 10 days quarantine, so he was really under-done. 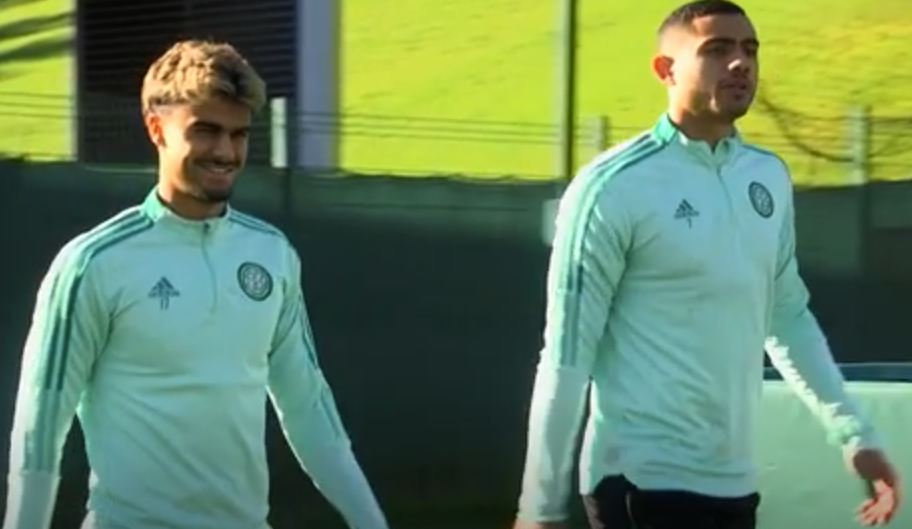 “We were kind of holding our breaths to get him through to this break and he feels a lot better now.

“He feels ready to make an impact. That’s great for us. We have him, Albian Ajeti, obviously Kyogo, Jota, Liel Abada, there’s Mikey Johnston now available and James Forrest is on the way.

“We have good attacking options to start and on the bench.

The Greek-Australian gaffer has had to revamp his strike force with Odsonne Edouard moving to Crystal Palace on deadline day while Leigh Griffiths agreed a season-long loan switch to Dundee.

Ryan Christie, who could play up front, has also shifted from the club with his transfer to Championship side Bournemouth.

Now Postecoglou has to gel the talents of Kyogo, Giakoumakis and Ajeti with the games coming thick and fast on the domestic and European fronts for the remainder of the year.