ANGE POSTECOGLOU will welcome back £2.5million Croatia defender Josip Juranovic and Republic of Ireland midfielder James McCarthy to his Celtic squad for tomorrow’s Premiership encounter with St Johnstone at Parkhead.

However, the prelude to the Premier Sports League Cup semi-final between the two teams at Hampden next month has come too early for long-term crock Christopher Jullien, who has been sidelined since surgery on a knee injury sustained on December 30, James Forrest, still struggling to overcome an ankle problem, and Greg Taylor, with shoulder issues.

Juranovic, who arrived from Legia Warsaw in late August, hasn’t featured this month since limping off with hamstring trouble in the first-half of the 1-1 draw with Dundee United on September 26. 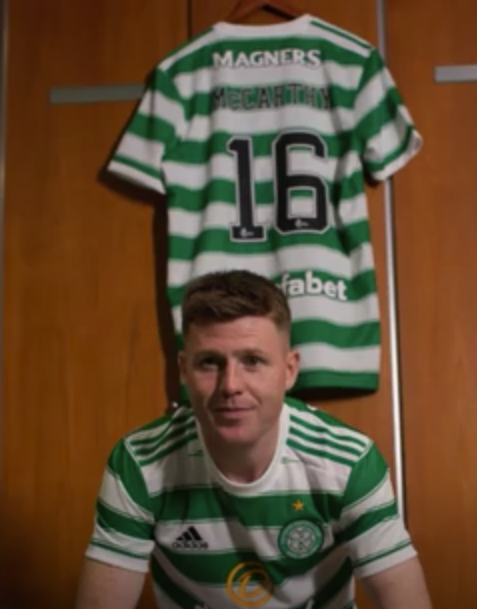 HOOP, HOOP, HOORAY…James McCarthy is back in the Celtic first-team squad.

McCarthy, signed on a free transfer in early August after leaving Crystal Palace, has started only two games in his eight appearances for his boyhood favourites.

Both, though, have the chance of game-time in the Hampden rehearsal against Callum Davidson’s double Cup winners.

Postecoglou, speaking to the Daily Record, said: “After Tuesday afternoon, everyone reported a clean bill of health, no issues.

“It’s just Forrest, Jullien and Taylor not available for selection.”

Anthony Ralston, meanwhile, has been involved in talks over signing an extension club and an announcement is expected soon on the right-back whose current deal is due to expire in June.