Celtic Quick News on News Now
You are at:Home»Latest News»GRIFF FILES: EX-BOSS REVEALS HE ‘CAME BACK TO HAUNT ME’
By CQN Magazine on 10th March 2020 Latest News

FORMER Scotland boss Craig Brown reckons Leigh Griffiths is the man to lead the nation out of the international wilderness.

The Scots last played in a major tournament in the World Cup Finals in France in 1998 – when Brown was the manager.

And the ex-supremo has delivered a message to current gaffer Steve Clarke: The country needs Griifiths’ goals!

Brown, speaking to the Evening Times, said: “He’s a scorer. He has that thing that the other strikers we have at the moment probably don’t and I wouldn’t hesitate to have him in the squad.

“I actually think his attitude has changed for the better. I’ve met him at one or two dinners and he couldn’t have been more courteous or polite. I’m ‘Mr Brown’ and when I tried to tell him to call me Craig, he wouldn’t have it. And yet, you saw some of the things he would do on the pitch and you would wonder if he was a bit of a Jekyll and Hyde character.

“But I think he is a player of undoubted goalscoring ability. If you’ve got him through the middle and you put the ball into the penalty box, then you’ve got chances of scoring.

“I was interested in bringing him to Aberdeen on loan when I was there and he was at Wolves. We nearly had him, too, but the wages were a stumbling block.

“We were to regret it, because he ended up at Hibs and we got them in the semi-finals of the Scottish Cup. And who scored the winner? Leigh Griffiths. Sod’s Law.

“If we got him, we wouldn’t have lost that game. It was an offside goal, mind you, but that was us beaten 2-1. That was probably my biggest heartache in football, that the guy I was going to sign came back to haunt me.

“The only question is, if Leigh Griffiths is on the field for you, is he likely to score? And the answer is yes.” 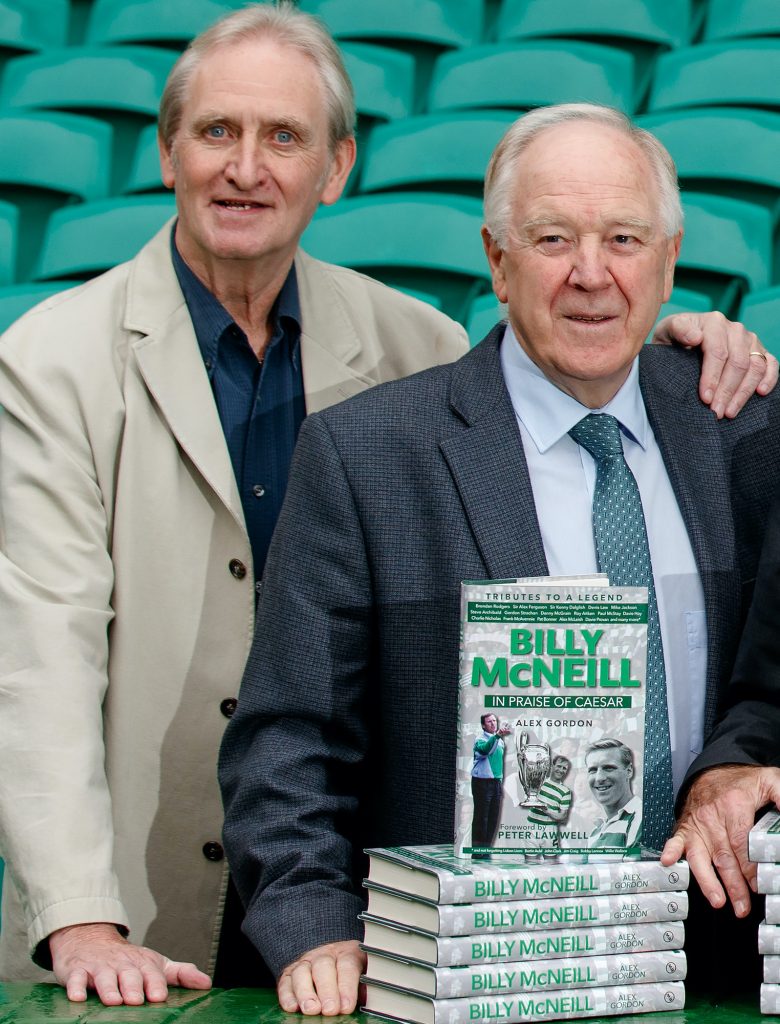 READ ALL ABOUT IT…Craig Brown with Alex Gordon at the launch of the author’s tribute book to Billy McNeill, ‘In Praise of Caesar’, at Celtic Park.

Brown added: “I’m a statistics guy and everybody slags me for it, but four out of five goals at the top level are one-touch finishes.

“We had David Goodwillie at Aberdeen and he couldn’t score regularly because he wouldn’t finish with one touch. He would want another one and another one. At the top level of football in the penalty box, you get closed down and you don’t get that opportunity.

“Griffiths on the other hand is a very good one-touch finisher. He’s good in the air for his size and he doesn’t need to have an extra-touch.

“I see Goodwillie is scoring goals at Clyde now, but that’s two levels down and you get more time. When you are in the penalty box in an international, you don’t get that time. These defenders are right on you.

“Griffiths is a good one-touch finisher and these are the guys who get goals at that level. The Maurice Johnston types, who are brave and can time their runs.

“I am quite enthusiastic about him, because I think he’s a great finisher. We also know what he can do with a free-kick.

“I think our chances of qualifying are very good. I’m as certain as I can be that we will beat Israel, but the away game against Norway or Serbia will certainly be a tricky one.”

Clarke will name his squad next week for the Euro 2020 play-off semi-final against the Israelis at Hampden a fortnight on Thursday.

Griffiths sent his own memo to the international chief at the weekend by thumping in his first hat-trick in just over four years in the champions’ 5-0 triumph over St Mirren at Parkhead.