LEIGH GRIFFITHS has scored one goal in ELEVEN Celtic appearances this year.

The 30-year-old striker, who has claimed seven from 27 outings in a dismal campaign for the individual and the club, made his first start during John Kennedy’s four-game reign at the weekend.

Griffiths lined up against First Division outfit Falkirk in the Scottish Cup third round and blew his big chance of impressing the interim gaffer.

He passed up two good opportunities in a scoreless first-half and was hauled off in the 61st minute with the club scoring twice through James Forrest and Ryan Christie shortly beforehand. The Scotland international looked crestfallen as he took a seat in the stand while Albian Ajeti came on in his place.

Griffiths ended last season on a high with a hat-trick in the 5-0 win over St Mirren at Parkhead on March 7 before the UK went into lockdown due to the coronavirus pandemic.

He was dumped from Neil Lennon’s travelling squad to France for four-pre-season games after returning overweight diring his four-mont self-isolation period. 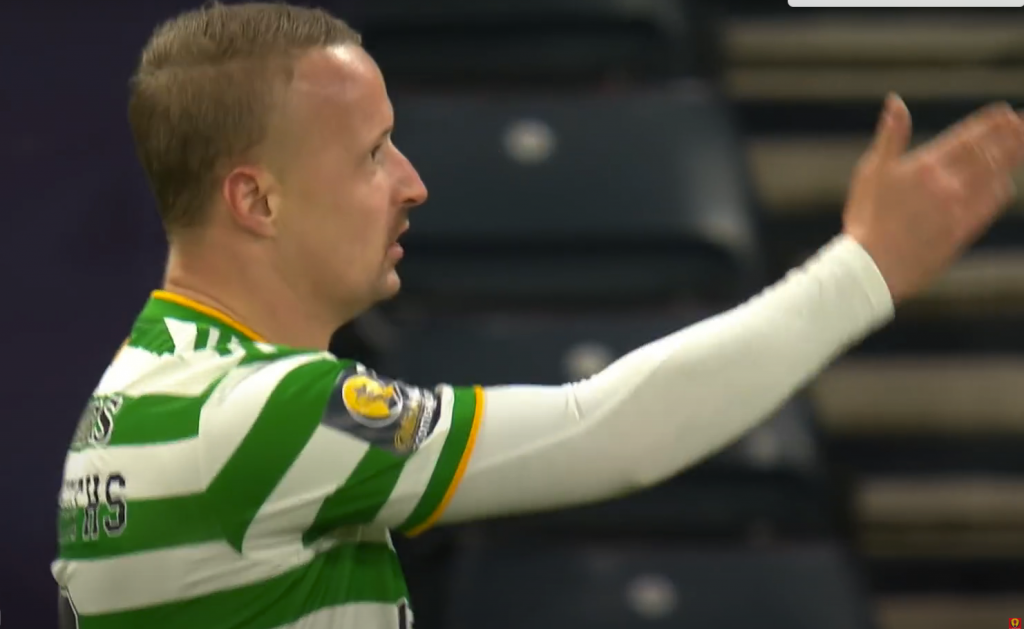 HANDS UP IF YOU’RE STRUGGLING…Leigh Griffiths after a miss against Falkirk.

That was the start of a downward spiral for the hitman.

Hoops legend Pat Bonner, who watched the player in action in the 3-0 Cup victory over Falkirk, was clearly unimpressed and admitted he thought Griffiths’ career at the club was OVER.

The former Hoops and Republic of Ireland keeper told BBC Sportsound: “I think he’s finished as a Celtic player.

“He’s gone down the pecking order.”

Griffiths, who will be 31 in August, still has a year to run on his contract, but there are no guarantees he will be at the club to see it through.

The striking department will be a major headache for the new Celtic manager with Odsonne Edouard heading out in the summer while Ajeti, who was anonymous against the third-tier side, and Patryk Klimala failing to convince.

Changes are in the wind. Griffiths’ chances of impressing may have gone with the wind, as well.