Celtic Quick News on News Now
You are at:Home»Latest News»GRIFF HAILS EDOUARD AND ADDS ‘HE’S STILL GOT A LOT TO LEARN’
By CQN Magazine on 26th November 2018 Latest News

COMEBACK Bhoy Leigh Griffiths praised Odsonne Edouard – and then admitted his Celtic strike rival “still has a lot to learn”.

The Hoops hitman marked his return to first team action with a whizzbang free-kick for the champions’ third goal in their 3-0 win over Hamilton Accies.

Griffiths, who had been sidelined since limping off during the 6-0 triumph over St Johnstone at McDiarmid Park on October 7, was given the nod to replace Edouard in the 74th minute with the team already two goals ahead.

He was only on the field seven minutes when he sizzled a low 20-yard left-foot deadball effort beyond the diving Gary Woods for his sixth goal of a stop-start campaign.

During his seven-game lay-off through injury and illness, £10million French ace Edouard, 20, led the line and claimed six strikes, including the crucial winner against RB Leipzig in the Europa League victory earlier this month.

Griffiths admitted he was up for the fight for the spearhead role in Brendan Rodgers’ line-up and hailed the former Paris Saint-Germain kid’s contribution in his absence. 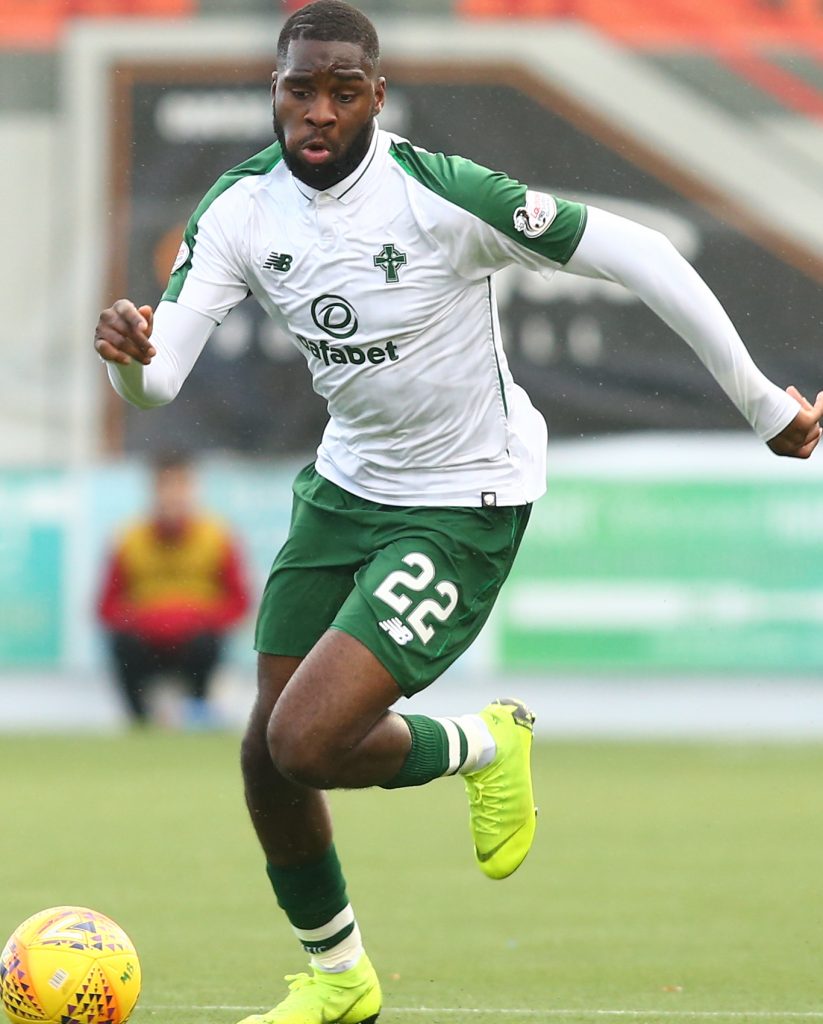 The Scotland international said: “You can’t take anything away from Odsonne, he’s been playing great.

“He’s still got a lot to learn, but you can see the quality he has and every week he is just brimming with confidence.

“You could see it against Accies. Although he didn’t score, he did a lot of good things.

“It’s a position we both want to be in, but you have to hand it to him just now because he is playing really well.”

Griffiths, as CQN reported yesterday, added: “It is always nice to be back on the pitch. It has been a frustrating few weeks for me in which I have been trying to build myself back up to full fitness. To come back and score like that was great.

“It was dark times. There was a lot of frustration going into it. But you just have to get on with it, you have to do your rehab properly.

“It didn’t help that I was ill for 10 days, that took up a chunk of my recovery time. But, no, it was good to be back in the team and, hopefully, I’ll be back firing on all cylinders.”