LEIGH GRIFFITHS is being linked with a sensational reunion with his Celtic pal Scott Brown at Aberdeen.

The Hoops skipper, who will be 36 in June, will team up with his ex-Hibs team-mate Stephen Glass in a management double-act at Pittodrie next season following the exit of Derek McInnes after eight years in the hot seat.

Griffiths, 30, has struggled for game time in a wretched campaign for the Parkhead side and got off to the worst possible start in the summer when he had a massive fall-out with ex-boss Neil Lennon. The frontman returned overweight following the Hoops players’ four-month lockdown period and was axed from the travelling squad for the four pre-season games in France.

The Scotland international, who was overlooked by Steve Clarke for the current World Cup qualifiers, has played a mere EIGHT minutes in the three matches John Kennedy has been in interim charge and was only utilised in the 88th minute when the team were battling for the winner against Steven Gerrard’s Ibrox side a week ago today.

Griffiths has scored 122 goals in 254 games since joining Celtic from Wolves for £1.2million in January 2014. However, he has claimed only seven strikes in a desperately disappointing season for the individual and the club this time around. Overall, he has netted 25 in the past three terms.

Former Hoops hitman Charlie Nicholas reckons the player’s time at Parkhead is up, as CQN reported during the week. 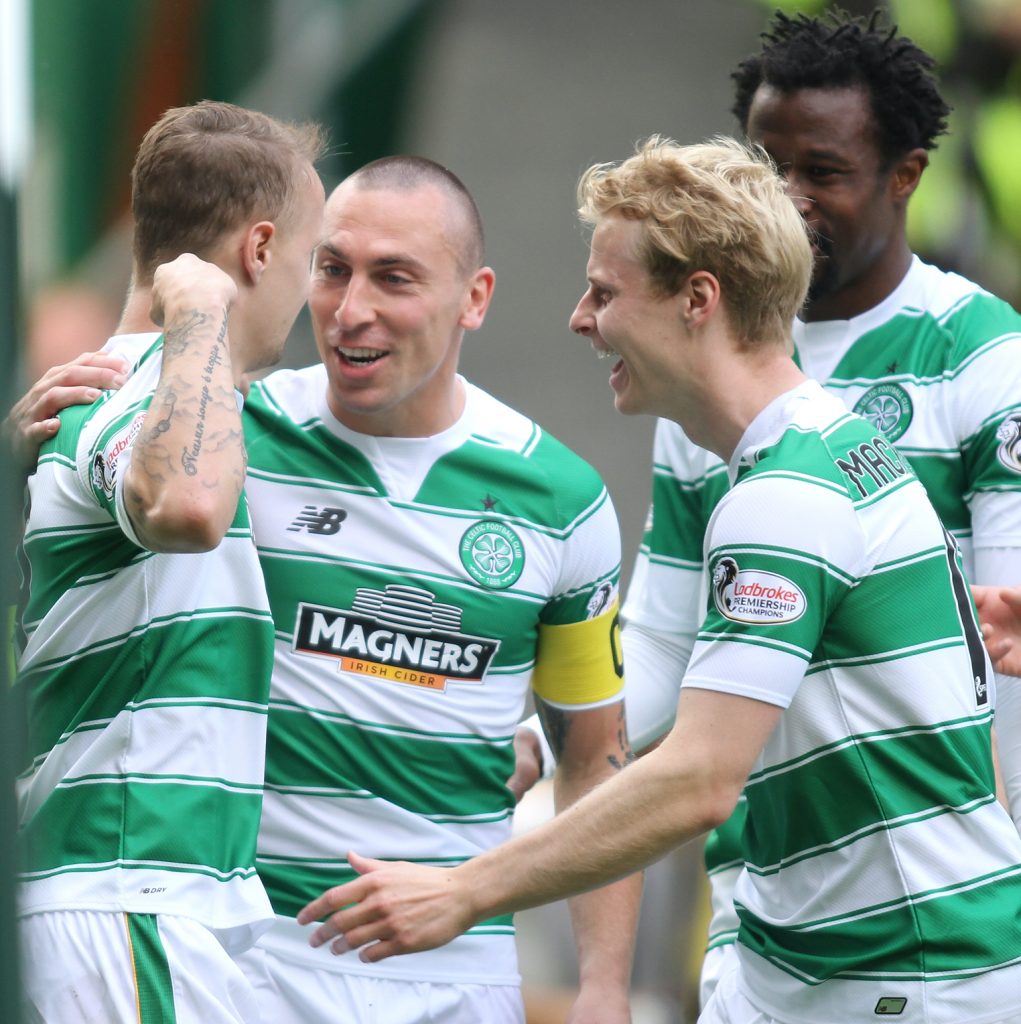 THAT’S MY BHOY…Scott Brown celebrates with Leigh Griffiths after a goal against Ross County in 2015. Gary Mackay-Steven and Efe Ambrose are about to join in.

Celtic’s legendary marksman John ‘Yogi’ Hughes, the seventh-highest scorer in the club’s history with 189 goals, also spoke to CQN about the player who will be 31 in August.

The Hoops great, 77, pointed out: “Leigh netted six goals in 20 games in season 2018/19. He followed that up with 12 in 32 appearances and has collected a mere seven from 25 outings in all competitions in this dismal campaign.

Griffiths was given encouragement by his Celtic captain and friend Brown during the period he was out with his well-publicised personal issues in season 2018/19. 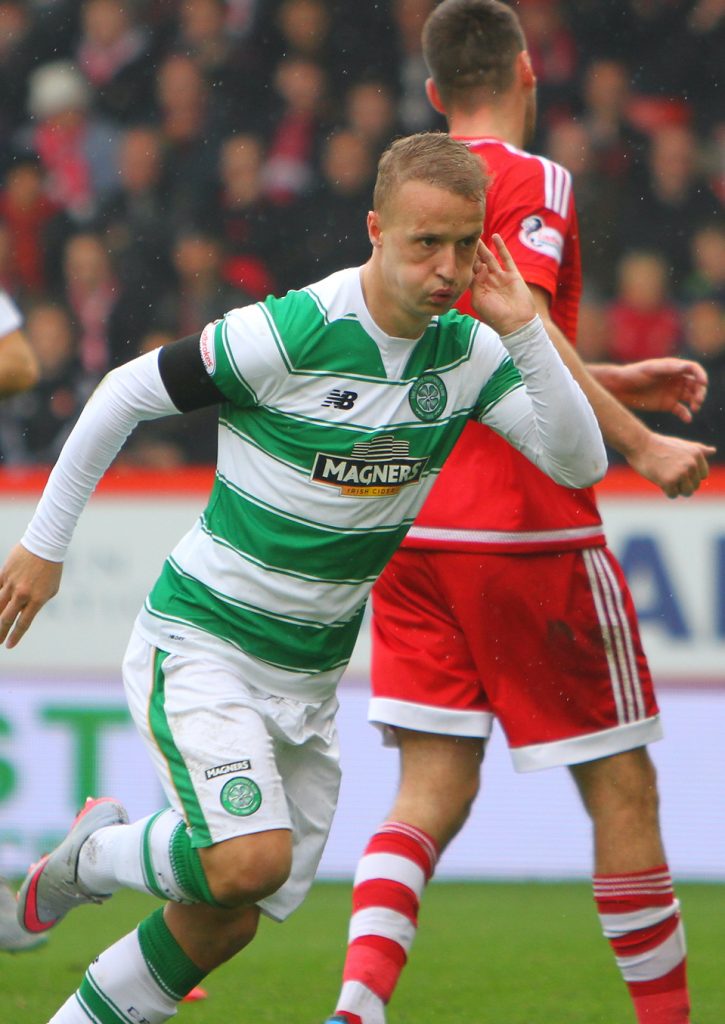 HAMMER OF THE DONS…Leigh Griffiths turns away in joy after scoring at Pittodrie in season 2015/16.

Rumours have been rife in the north east that the Dons are looking into the possibility of bringing the forward to Pittodrie, as reported in the Sunday Post.

The club received £2million for Sam Cosgrove from Birmingham City in January, but have yet to replace their former towering attack leader on a permanent basis.

Instead, they brought in loan signings Fraser Hornby, Florian Kamberi and Callum Hendry which will leave Brown and new gaffer Glass searching for a new striker in the summer.

Griffiths is under contract until June 2022 and it is unlikely that there will be any hard and fast transfer moves until Celtic have Lennon’s successor in place.

However, the fans’ favourite could be another heading for the exit as the club undergo a summer upheaval.