LEIGH GRIFFITHS has been ruled out of Celtic’s Europa League clash with Rennes in France this evening.

Neil Lennon confirmed the striker didn’t travel with the rest of the squad for the group stage opener against the French Cup winners.

The frontman, making his comeback following a seven-month lay-off due to personal issues, sustained a thigh strain in training and was omitted from the travelling pool to Brittany.

Griffiths was an unused substitute when Vakoun Issouf Bayo was given the nod to replace Odsonne Edouard in the 1-0 win at Hamilton at the weekend, but Lennon reckons he should be fit for selection for the Kilmarnock game at Parkhead on Sunday. 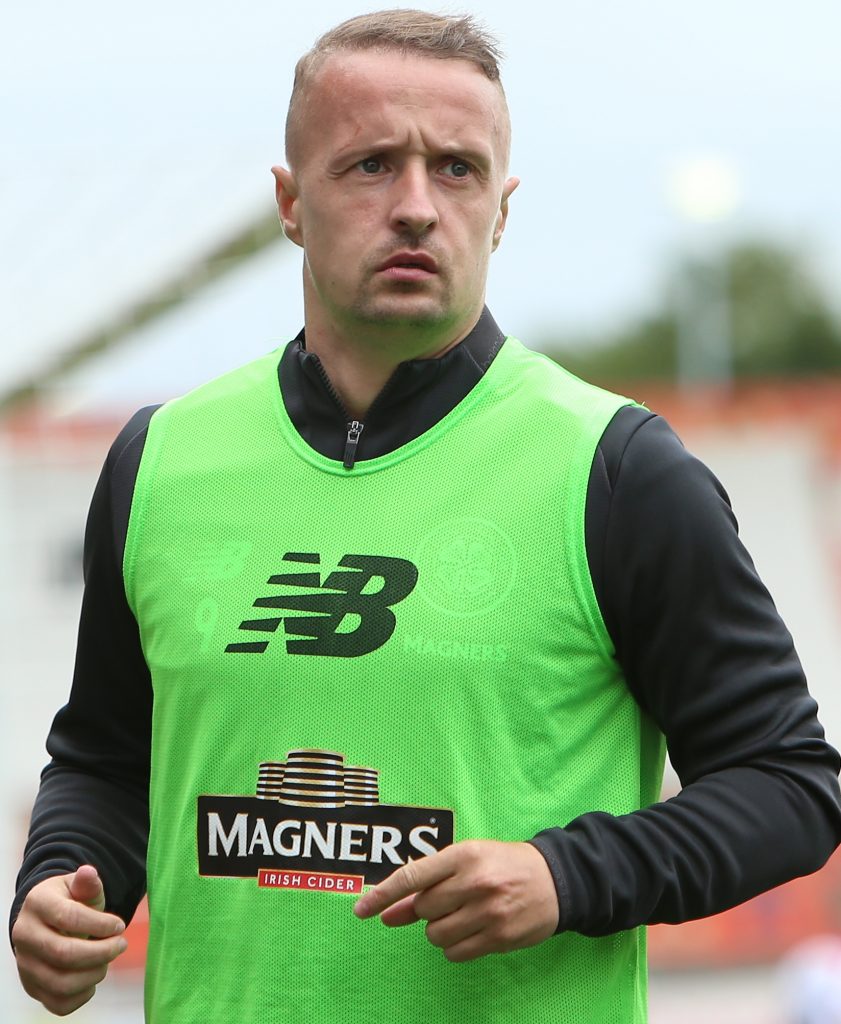 The Hoops boss, speaking to the Daily Record, confirmed: “Leigh didn’t travel after picking up a thigh knock, but should be okay for the weekend.”

Griffiths marked his return to first-team action against Nomme Kalju in the Champions League qualifier when he swept in a trademark free-kick in the 5-0 victory in Glasgow in July.

It was the 29-year-old Scotland international’s first goal since netting with another deadball effort against Hamilton Accies on November 24.