Celtic Quick News on News Now
You are at:Home»Latest News»GRIFF OUT DUE TO ‘ONGOING ISSUES’
By CQN Magazine on 12th December 2018 Latest News

LEIGH GRIFFITHS will take a complete break from football due to “ongoing issues”.

Celtic boss Brendan Rodgers has vowed to give the 28-year-old striker the professional help he needs.

The Hoops gaffer refused to go into specifics, but the problems are believed to be linked to gambling.

Griffiths missed training this morning as the champions prepared for tomorrow night’s final Europa League Group B encounter against RB Salzburg at Parkhead where one point will guarantee European football after the turn of the year.

Rodgers said: “Leigh will be out of football for a little period of time. He’s had ongoing issues for a number of months. 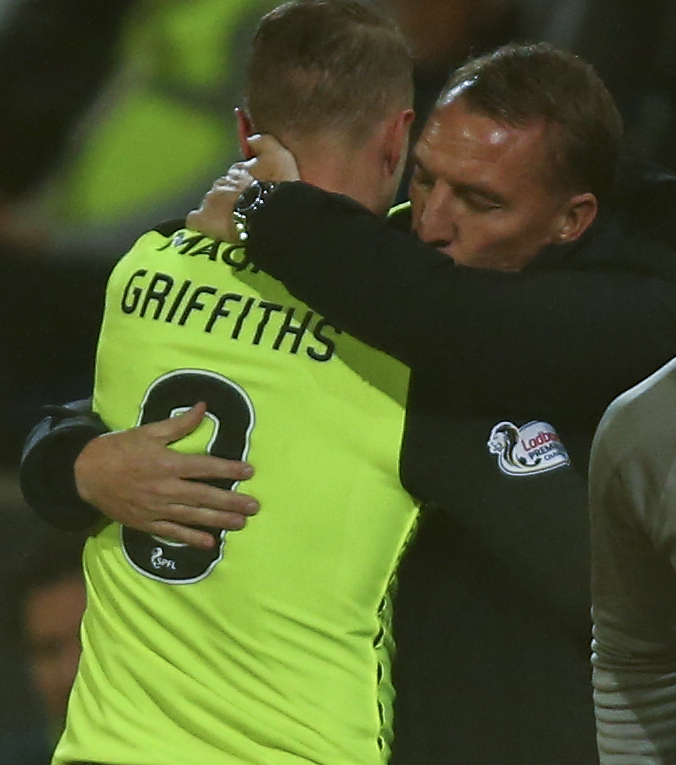 THAT’S MY BHOY…Brendan Rodgers congratulates Leigh Griffiths after his winning goal against St Johnstone in the Betfred League Cup in September.

“He’s done amazing to get through, to play to the level and score some of the goals he has. He has reached a point where it is a struggle for him.

“Now, for us, we are going to give him all the professional help he possibly needs to get himself into a good place again. To come back doing what he does best.

“But in order to do that he needs to find a happiness. He’s a father of five children, he’s a great guy, but football and life is tough for him, so we want to help him with that.

“He will be out of football for a period of time.”

Asked if it was more than just a physical injury, Rodgers replied: “Yeah, it has been ongoing in my time here with Leigh.

“I am very close with him. We have a strong relationship and he’s had a number of issues around outside of the football environment.

“For us, and thankfully for him, nowadays the issues that can come across young players and young people, in general, there is great support out there and professional support.

“It is no longer a weakness to talk. It’s something there we can help people and that’s something we aim to do with him.
“He has all our support, the staff, the players, the supporters to help him get back to a good place.” 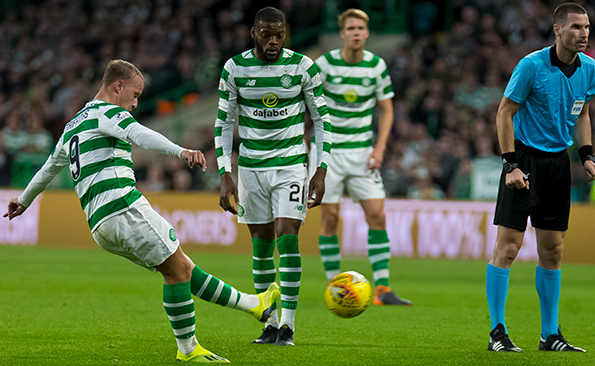 CENTURY BHOY…Leigh Griffiths nets his 100th goal for the Hoops against FK Suduva.

Griffiths has struggled with injury and illness in recent months and has claimed only six goals in a stop-start campaign.

He celebrated hitting his 100th strike for the club when he was on target in the 3-0 victory over FK Suduva in August that eased the team through to the Europa League.

He also took time off the international scene before the recent UEFA Nations League ties against Albania and Israel.

Manager Rodgers has said he will notify the support when Griffiths is ready to return to first team action.