Celtic Quick News on News Now
You are at:Home»Latest News»GRIFF REVEALS HE THRIVES ON ‘SHUTTING UP’ CRITICS
By CQN Magazine on 25th January 2020 Latest News

LEIGH GRIFFITHS has hit back at his critics and the comeback Bhoy insisted he loves making them eat their words.

The Celtic striker has scored in his two appearances since the mid-winter break in the 2-1 Scottish Cup win over Partick Thistle at Firhill a week ago tonight and in the 3-1 triumph in the Premiership over Kilmarnock at Rugby Park in midweek.

The 29-year-old Scotland international appeared on Celtic TV and was asked if the verbal attacks spurred him on.

“It’s always nice, but I’m trying to focus on myself to make sure that I can stay in the starting eleven and also get my fitness levels up. 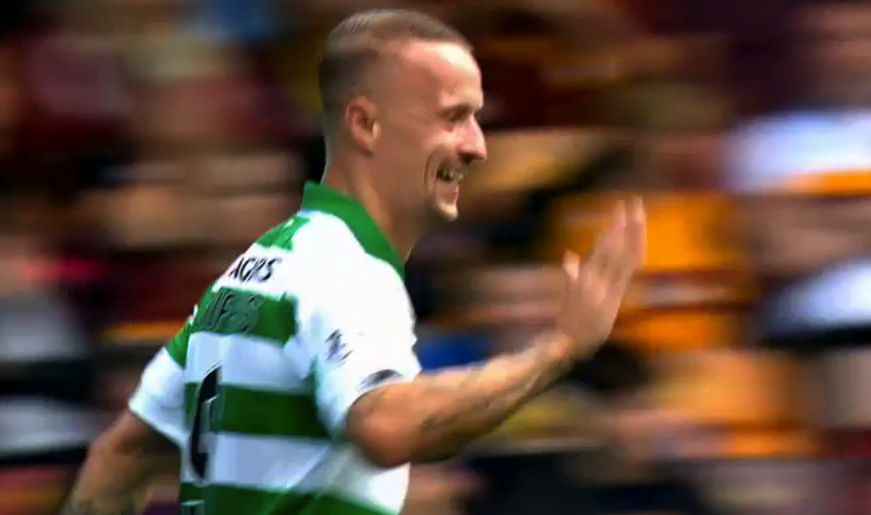 CHEERS…Griffiths is all smiles after nettng in the 5-2 win at Motherwell.

Griffiths added: “It’s always nice to play at home and you always want to do well there. We need to put the last result at Celtic Park behind us and move forward now.

“I felt sharp at the mid-season training camp in Dubai. Going over there, I think you need to put in that extra bit to try and catch the manager’s eye and show him that you still want to be a part of the squad.

“There had been a lot of external talk about me maybe going out on loan or getting sold, but there’s only one place that I want to play – and that’s here. Thankfully, I’ve done myself justice in Dubai and I’ve tried to carry that form into training back here.

“Since the moment I’ve come back, the support I’ve had from the Celtic fans has been overwhelming. Not just from the fans, but from Peter Lawwell, Neil Lennon, John Kennedy, Damien Duff, the squad, the whole lot, they’ve all been absolutely brilliant.

“It’s not easy to come back from what I’ve been through. To manage to get back on a football pitch has been brilliant, but the support I’ve had from the lads, the coaching staff and, most importantly, the fans has been amazing.”

* DON’T miss the unbeatable match report from Celtic v Ross County at Parkhead this afternoon – only in your champion CQN.